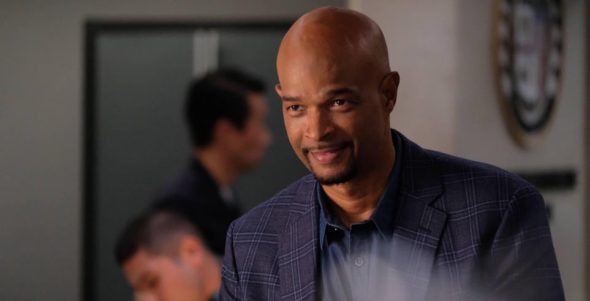 ANo, I stopped watching when Crawford left show. Big mistake for the show.

Would love a 4th season, Cole can be then repartnered. Very disappointed the show may not return.

Loved the show with the original 2 leads, and love the show as much or more with the actor who plays Cole. It’s a great show with wonderful humor and poignant moments. My wife and I both look forward to it each week.

Bring back Crawford!!!! With Scott it will be a great show!

I’m 64 years old and I love this show. It is one of my favorite dramas, the other NCIS. I was angry when Crawford was fired, but actually love Seann William Scott. I hope Wayans doesn’t quit, but if you find someone talented, I will check it out. it’s still a great show, love the action and the jokes.

Drop Wayans and bring back Crawford! That would breathe life back into this show, and I could see it going on for several more seasons! Please consider it!

Please bring back this show four a season 4. This has been the best season yet, please give these new characters a chance. They are great together. The new direction and story lines the show are taking are great!!!!!!!!!

Please bring back Riggs!!!!!!! The show was 10x better with his character!!!! Give a reason for having to take his death, such as Witness Protection, a threat from an Unknown Person from his past so his death was faked by Dr to protect him from this Unknown Person. Any reasoning you can come up with to bring him back from the dead!!!! He is extremely needed on this series!!!! With or without Damon. If Damon wants to leave the cast try Crawford with the new guy. Just bring him back!!!

Yes we are still watching, and would love to see the show renewed for a fourth season. With or without Waynes. Preferably with Wayanes. But will watch either way. It would be sad to see such a great show cancelled over characters/actors.

Cancel it or bring back the actor we all loved. I stopped watching because it became clear that Wayans through a little temper tantrum my guess is out of jealousy and someone stupid allowed Clayne to be fired. You fools got it wrong! Fire Wayans and Bring back the backbone of the show and your lost audience will come back. In fact put Clayne in any decent Dramady or cop show and you’ll have good ratings. I just can’t belueve your decision makers were so out of touch with your target audience. Everyone involved in the firing should leave the… Read more »

the show is better. Love the story lines, it’s much more dynamic!

They should dump Wayans and bring back Crawford. Doesn’t seem as if Wayans wants to be there anyway

ABSOLUTELY! This makes perfect sense! I bet the ratings would pick up again, too!