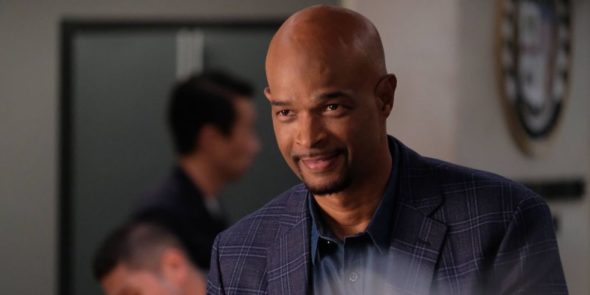 So why is Wayans leaving Lethal Weapon? In a recent interview, he blamed the long work days on the FOX TV show, which can sometimes last as long as 16 hours.

Wayans says he’ll complete filming 13 episodes of season three of Lethal Weapon. He notes that he hopes this will give producers enough time to replace him. But, given the show’s mediocre ratings, will the show be cancelled without him?

What do you think? Are you a fan of Lethal Weapon? Would you watch without Wayans?

Love the show. Hope it gets renewed for Season 4.

I really like the show, hopefully it won’t be canceled. They need to find someone else to help keep the show going. I have seen less shows go on with worce ratings, give it another season with the great cast and maybe new cast member

I’ve never liked him so, if he leaves and they get a decent replacement, I’ll watch.

I am all about the show. With Scott and this new Girl actress, I can watch them two all day.

Loved this show with Crawford in it love it even more with Scott in it. If Wayns gets done u should still keep the show going.

Please don’t cancel Lethal Weapon, was glad to see C W go and I love the new spin on S. W. Scott’s character, Riggs was getting to be tiresome with all the drinking and drugs. So If Wayan’s leave do not cancel PLEASE, just find someone else and keep it moving.

Replace Murtaugh with someone else. I like Wayans but don’t cancel! Good show with the casting of Seann William Scott, too.

wrong man got fired and killed off . it’s that simple

pleas leave lethal weapon on and get someone toreplace mertauh