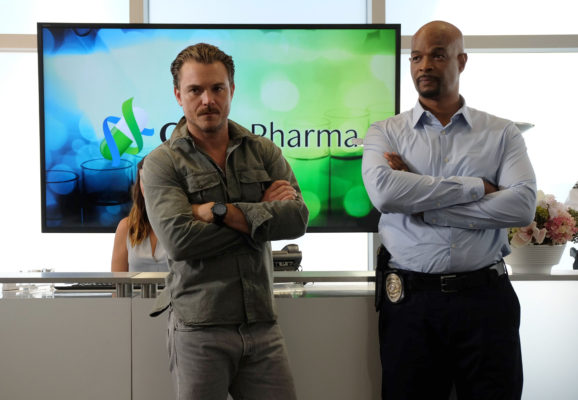 Lethal Weapon is nearing the end of its second season, but will there be a third? Deadline reports star Clayne Crawford’s on-set behavior might risk a season three renewal from FOX.

According to Deadline, Crawford has a “history of bad behavior on the show, and that he has been disciplined several times over complaints of emotional abuse and creating a hostile environment.”

Neither FOX nor Warner Bros. TV have commented on the situation, but it appears Crawford’s behavior could risk a renewal for Lethal Weapon.

What do you think? Do you watch Lethal Weapon? Do you want a third season?

I Really enjoyed lethal weapon Riggs may be a handful but he is also hands-down the only person who can pull off that part maybe Crawford has learned his lesson. Give him a season three chance you can’t end the series the way it was left after season 2. too many people love the show including me.

I can’t believe this I won’t be watching anymore . So sad

Retire Riggs. He is a poor role model for kids to follow. This is not portrayed as a comedy. If so, something is missing.

Love the show! One of the best and look forward to it every week. Riggs is a must and both he and Damon make the show as well as the other characters! It is just a fun show!

Someone always have to mess up a good thing!!!!!! Clive behave , mind your manners and leave people alone, they haven’t done anything to you that bad to warrant emotional abuse. Lose the DIVA-tude , play well with others and let your fans see you and Damon for another season (or until you guys run out of ideas)

Bring Lethal weapon back for season 3. And bring back
Clayne Crawford. He and Damon Wayans are what make the show. Aren’t some Actors a little temper
mental? He may need a little R&R before season 3. After all it seems Riggs does a lot of stunts. Is there a stand in for him that takes the falls?
The show should not be cancelled and Crawford returned as Riggs.

I don’t really care how he’s acted on set ,he’s an actor aren’t most of them that way ???
This is one of the best shows to air in years & left tons of viewers (including myself) waiting for next weeks episode & almost left my wife and I crying at the end & if this was the end then what a horrible way to end it with us all wondering if Riggs died or not .

love this show. tell riggs to cool it.

Please don’t cancel Lethal Weapon, and PLEASE save Riggs!! And put Murtaugh back down to a detective. Thanks, great show!