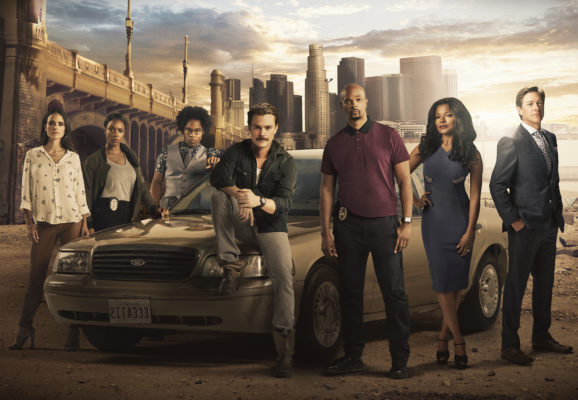 Is Roger Murtaugh still surviving the crazy roller coaster ride involved in partnering with Martin Riggs? Has the Lethal Weapon TV show been cancelled or renewed for a third season on FOX? The television vulture is watching all the latest cancellation and renewal news, so this page is the place to track the status of Lethal Weapon season three. Bookmark it or subscribe for the latest updates. Remember, the television vulture is watching your shows. Are you?

Airing on the FOX television network, Lethal Weapon stars Damon Wayans, Clayne Crawford, Keesha Sharp, Kevin Rahm, Jordana Brewster, Johnathan Fernandez, Dante Brown, Chandler Kinney, and Michelle Mitchenor. The comedic buddy cop action drama centers on two very different cops working together on the streets of Los Angeles. While family man Roger Murtaugh (Wayans) has everything to live for, is there nothing Martin Riggs (Crawford) won’t sacrifice to avenge the loss of his own family? In season two, Murtaugh tries to support Riggs, while still keeping his own family in mind and trying to avoid the chaos his partner seems to seek.

Will FOX cancel or renew Lethal Weapon for season three? The ratings are way down when compared to the first season’s numbers, likely because the series was moved to a new night and away from the network’s top-rated Empire series. For now, I think it will land a renewal, mostly because FOX has lots of other lower-rated shows. However, there have reportedly been some issues with Crawford so that could scuttle the renewal. I will keep an eye on the Nielsens and will update this page with breaking developments. Subscribe for free updates on any Lethal Weapon cancellation or renewal news.

*5/13/18 update: FOX has renewed Lethal Weapon for a third season but Clayne Crawford has been replaced. Details here.


What do you think? Are you glad that Lethal Weapon has been renewed for season three? Should it have been cancelled instead?

Actors are great and the story line is outstanding as it keeps us interested every week.
Please keep Lethal Weapon going and renew.

I love the new season! Miss the old Riggs but I’m a fan of the new guy. Hope it stays on. I look forward to this show every week.

The old Riggs was the core of the show (just like the movie). He leaped off the screen with his energy. Now the show is just plain old boring. I’m sorry the last Riggs couldnt keep his **** together in order to stay on the show. So many crazy personalities. I would think actors would be happy to have work and a successful show. Instead, all these prima donnas?

The show should have been cancelled. The network needs to learn how to treat their employees better. They need better leadership up the chain.

I will not be watching my favorite show anymore

Claymore Crawford has apologised, if they don’t bring him back, viewing will drop. He is the main character. I won’t be watching if he is not in the show.

With Clayne Crawford no longer on the series, I definitely will not be following lethal weapon anymore. He was in my opinion a key part of the show.

Shows based on movies are dumb AF 4ever.