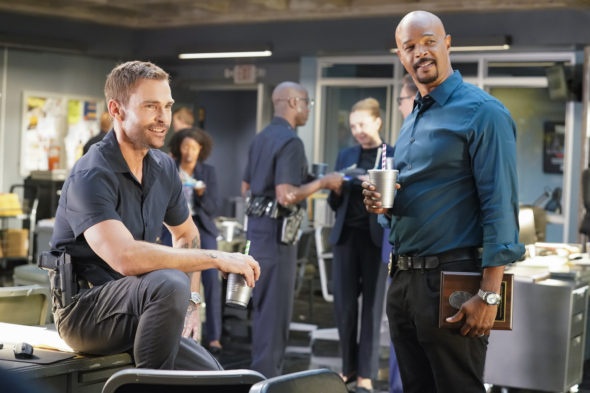 There was plenty of drama during three seasons of FOX’s Lethal Weapon TV show — both in front of the camera and behind-the-scenes. There won’t be a fourth season however since the series has now been cancelled.

The third season of Lethal Weapon on FOX averaged a 0.70 rating in the 18-49 demographic and 3.06 million viewers. Compared to season two, that’s down by 29% and 26%, respectively.

What do you think? Did you watch the third season of Lethal Weapon on FOX? Would you have watched season four? Are you sorry the buddy cop series has been cancelled?

YES, I CERTAINLY WOULD HAVE CONTINUED WATCHING. I LOVE BOTH WAYANS AND SCOTT. Sometimes it’s the directors!!!

Man, how can you stop lethal weapon4.. nice ztory line and last, it was worth watching them.. i hope it is not all over.. please have season 4..

I want the real Riggs.

Are you freakin kiddin me?!?!?! I am devastated This is one of my favorite shows!!!! Maybe Netflix will pick it up like Lucifer, fingers crossed.

You guys have to keep this show going! Come on