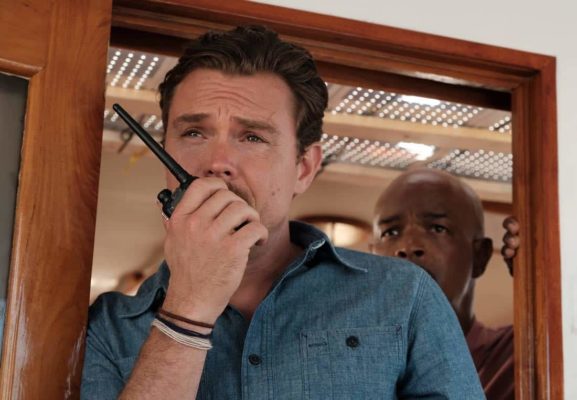 Clayne Crawford is out. According to The Hollywood Reporter, the Lethal Weapon star has been fired ahead of a possible season three renewal for the FOX TV show.

As reported earlier, Crawford has had a history of bad behavior on the set of Lethal Weapon, with co-workers complaining of emotional abuse and hostility. Now, Crawford has been fired from the FOX TV show, leaving the series’ future up in the air.

Lethal Weapon brings in decent ratings for FOX, so it’s unclear if the network will bring the show back for a third season and recast Riggs or cancel the series altogether.

The majority of respondents in our poll say that they wouldn’t watch a third season unless Crawford is a part of it.

What do you think? Do you watch Lethal Weapon? Do you want a third season? Sould Crawford’s role be recast?

I thought that Crawford played the role of Riggs flawlessly! I was skeptical that this series would not meet my expectations as a longtime Lethal Weapon fan, but now I cannot imagine anyone better to play Riggs than Crawford. If they are going to kill Riggs off the show and totally replace him with a new character, to me that is dumb. I don’t see the point of watching a show when the main character has been replaced. I will not watch Season 3.

Crawford and Waynes mix was wonderful i knowand have seen the other young man acting but I WILLNT BE WATCHING season 3..

Clayne Crawford made this show. Will not watch series 3. I hope the rest of the cast and crew get their just desserts when the show is cancelled. Damon Wayans didn’t like being overshadowed by a better actor with a better personality.

I won’t watch it without Crawford. Looks like you killed him on the last episode…..you should have allowed him to ride off into the sunset…..but you didn’t. BAD MOVE! It isn’t lethal weapon with out RIGGS…….it will just be another cop show……So since you fired Crawford, you should cancel the show. I WON’T BE WATCHING