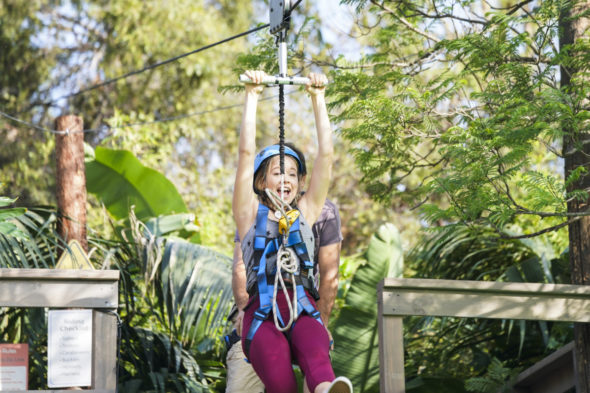 Are you long or short on feelings about the fourth season of the Life In Pieces TV show on CBS? As we all know, the Nielsen ratings typically play a big role in determining whether a TV show like Life In Pieces is cancelled or renewed for season five. Unfortunately, most of us do not live in Nielsen households. Because many viewers feel frustration when their viewing habits and opinions aren’t considered, we’d like to offer you the chance to rate all the Life In Pieces season four episodes here. *Status update below.

What do you think? Which season four episodes of the Life In Pieces TV series do you rate as wonderful, terrible, or somewhere between? Should CBS cancel or renew Life In Pieces for a fifth season? Don’t forget to vote, and share your thoughts, below.

Absolutely gutted the show has been cancelled. It’s just catching on in the UK & everyone I know who has watched it has loved it. A real shame… perhaps CBS will change their mind as it gathers momentum.

What a shame this was cancelled! Amazing acting, writing, directing, chemistry. Flat out hilarious! It was such a fresh concept for a show. Truly sad to find out it was cancelled.

CBS is dropping the ball on this one!!
This show is another Modern Family/Everybody loves Raymond type show that you become attached to the characters. They are phenomenal in their roles!!
Super upset that this has been cancelled!!!!!!!

Even though season 4 was disappointing, I don’t believe that was given a real chance for a comeback. I would really like to see a season 5 with better writers for the show.

I don’t feel like this show was given a chance. Spring time shows always struggle Due to the fact no one is watching TV. Spring and summer are made for outdoors activities. I’m a small business owner. I refuse to run TV ads in the summer it’s a waist of money. I would think a big company like CBS would know that. You put a nail in the coffin, before giving this program a chance to pick up speed. Shame on you. There was not enough promotion or effort put in to making people aware of life in pieces. We… Read more »