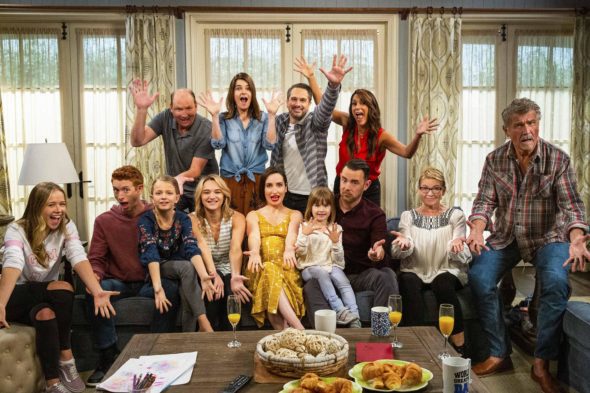 What’s in store for the series finale of Life in Pieces? Recently, creator Justin Adler spoke with TVInsider about the end of the CBS TV show.

In the interview, Adler revealed the upcoming Life in Pieces series finale was “never designed as a series finale.” So what can fans expect from the end of the CBS TV show?

Adler says a job opportunity for Matt (Sadoski) will test his relationship with Colleen (Cabral):

Just as he finally has a family, a dream job threatens to separate him from those he loves most. It felt real to us.”

The series finale of Life in Pieces debuts on CBS tonight, June 27th, at 9 p.m. ET/PT.

What do you think? Do you watch Life in Pieces? Would you have watched a fifth season?

I Watched the series for the second time on Netflix absolutely hilarious series with great characters just sucks that it ended the way it did. I keep hoping another network will pick this up because it was great