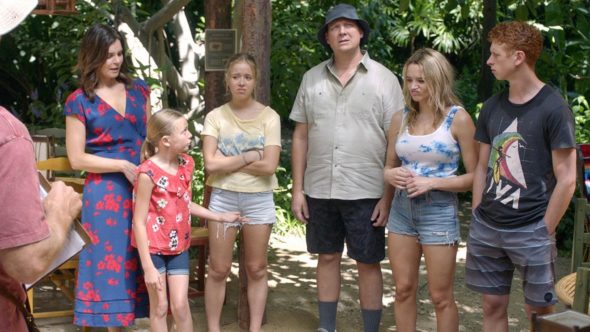 CBS is throwing in the towel on the Life in Pieces TV show. The network has cancelled the show so there won’t be a fifth season.

The fourth season of Life in Pieces is averaging a 0.84 rating in the 18-49 demographic and 5.75 million viewers. Compared to season three, that’s down by 24% and 11%, respectively. Five episodes of the 13 installment season have aired thus far.

What do you think? Do you enjoy the Life in Pieces TV show? Are you sorry that it’s been cancelled? Would you have watched a fifth season?

So disappointed the show was canceled! It was something the family could watch together which is rare. And such a great cast!

This is a great show will be so disappointed if they don’t make more seasons.

I’m so disappointed! This is the funniest show! And then you just end it and leave everybody hanging? With all the stupid shows that are on this is at least funny! I don’t understand why it got canceled!

I’m so disappointed to learn there will not be another season of “Life…” It was my escape and brain break most days. Now I wish I would have paced myself watching the episodes!

im obsessed with life in pieces!! why cancel! i think it would be successful and be great if it came back!!

We loved this series. Please reconsider bringing it back. It was one of the funniest shows on TV.

This is such a wonderful show. It needs to be marketed better and brought back. The world needs more of these type of shows.

Please please please bring g this show back. Love the humour and watching it for the fourth time.

We too are dismayed that Life in Pieces is canceled. Why in the world would you cancel such a show? We watch an episode every night before bed so we can feel good despite COVID. There are plenty of shows out there you could cancel, but Life in Pieces is not one of them. We’re pleading with you to bring it back!

This excellent show was poorly marketed by CBS.

I had no idea until now that the show was canceled l, I thought they just ended so they could go out on top! I love this show, even my 8 yr old daughter and 3 yr old son ask to put life in pieces on whenever we’re trying to think of what to watch.