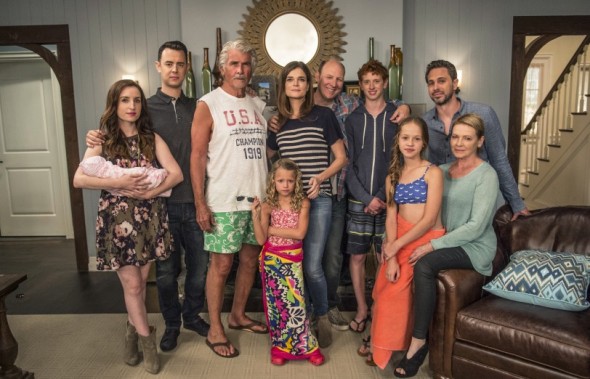 “Life In Pieces” is the Season’s #1 New Comedy

CBS has given a full-season, 22 episode order to LIFE IN PIECES, television’s #1 new comedy.

“LIFE IN PIECES, with one of the best ensemble casts on television, is telling terrific stories in a very unique way, and we’re excited to tell many more of them this season,” said Glenn Geller, President, CBS Entertainment.

On Nov. 5, LIFE IN PIECES moves to it new regular time period on Thursdays (8:31-9:01 PM, ET/PT) as part the Network’s launch of entertainment programming on the night.

What do you think? Do you like the Life in Pieces sitcom? Do you think it deserved a full season?

Life in Pieces is an amazing show!!! Please do not cancel it!!

Love it very real and funny. Cast is excellent

It is totally the freshest, funniest new show I’ve seen since the early days of Two And A Half Men. Some of the older CBS comedies have lost that “zing factor”, but Life In Pieces delivers in spades across generational lines. It’s LOL hilarious. Right on target! Please do not cancel this show!

I love it–all the characters are phemominal

This is the best show this season,great cast,story line everything about it is enjoyable. Hope it stays about for many seasons.

love this show!!!! I hope they renew it for another season.