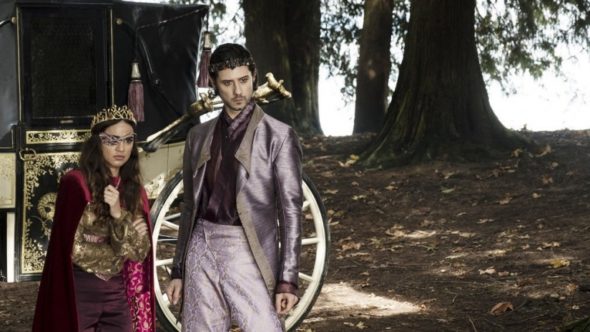 The Magicians will be back. Deadline reports Syfy has renewed the TV show for a fourth season.

What do you think? Are you a fan of The Magicians? Are you glad it’s coming back?

I admire the Musicians. I was just hoping maybe you could perhaps pick up The Librarians. Magic comes in many forms, just saying. Stay Awesome!!

I love it ,I have to force myself to stop watching at night

I love this show and need it in my life! It’s one of my favorites along with supernatural.

I think The Magicians might be a secret guilty pleasure for a lot more people than the ratings indicate especially amongst us more mature folks. I’m looking forward to Season 4.

Don’t know? Is 53 mature? I’ve been told I’m very immature. ❤️❤️. Absolutely love this show! But they will cancel it. Just like Dark Matter and The Expanse!!

So obsessed with The Magician’s. It knocks it into Fillory & Back as often as you can say “Harvey Weinstein”‘s name becomes synonymous with female indenture…like King Margo thwarts a pesky wee male into Toad …indentured? Okay I need a life and am thrilled to have a witty, strong set of words, extraordinary film magic & young folks who can brilliantly deliver remarkable & memorable fantasy characters to life!
Mahalos from Maui

One of the best shows on TV. Why it’s not a bigger hit is beyond me,maybe it needs more advertising. And it just gets better every season!

After waiting for what still seems like an eternity for GOT to return, it was nice to discover My second greatest show ever! Awesome job Magicians!

I don’t understand why this show is not a bigger hit. With Game of Thrones off the air, this is easily the best show on TV right now. Snarky, Smart, Meta, Funny, Spectacular CGI and sets. So glad it’s continuing, just wish more people would catch on.

It is not the best show on TV right now. Not even close. The ratings are WORSE than season one and season two, but it is still the best show that SYFY has. The ratings will probably get WORSE next season. Game of Thrones ratings got better(most if the tine) as time went on, NOT WORSE.