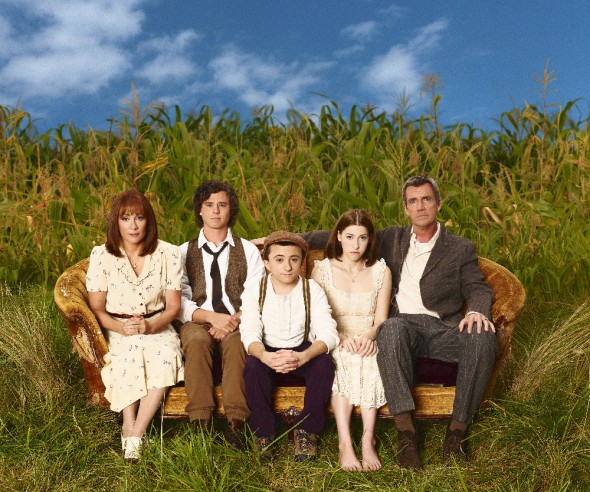 While it would be just Sue Sue Heck’s luck to get cancelled, ABC has renewed The Middle TV series for an eighth season. It must be Axl’s mojo at work. The network announced The Middle would be returning for the 2016-17 television season, as one of fifteen TV show renewals.

The cast of The Middle includes: Patricia Heaton as Frankie, Neil Flynn as Mike, Charlie McDermott as Axl, Eden Sher as Sue, and Atticus Shaffer as Brick.

Here is more on The Middle, excerpted from ABC’s announcement.

“The Middle” was created and is executive produced by Eileen Heisler and DeAnn Heiline. The series is from Warner Bros. Television.

ABC has also renewed: America’s Funniest Home Videos, The Bachelor, Black-ish, Dancing with the Stars, Fresh Off the Boat, The Goldbergs, Grey’s Anatomy, How to Get Away with Murder, Marvel’s Agents of SHIELD, Modern Family, Once Upon a Time, Scandal, Shark Tank, and Quantico.

Are you a fan of The Middle TV show? Does it make you wonder if ABC has hidden cameras in your home? Do you plan to watch the eighth season of The Middle, on ABC? Let us know, below.

Love the middle….big mistake putting Speechless on the schedule instead of the middle
Why???

I LOVE WATCHING THE MIDDLE. WHEN IS IT COMING BACK? I THINK THE KIDS ARE A RIOT; PARENTS ARE PRETTY ENTERTAINING ALSO. PLEASE, DO NOT CANCEL THIS SHOW. IT IS A WINNER. THANK YOU.

Love,love love the middle! I can’t even pick a favorite character, I love them all! Please keep them coming!

I like it better than the other sitcoms that followed it. Please keep it on the air.

i miss it on Wednesday-when is it on now?

i miss it on its regular line up on Wednesday with Goldbegs and Modern Family-when is it on now???

Love all the Hecks.

My favorite show followed by the Goldbergs! ❤️

The Middle is my favorite sitcom. Love all the cast members. I was so disappointed when I did not see it on tonight.

I missed it, too!

One of my favorite shows. Please don’t cancel

I love the Middle! So disappointed not seeing it on Wednesdays new fall lineup! Drop the Goldbergs! Leave the Middle on!

Love this show. More realistic than most.

I love this show. I think the Middle is a great show.