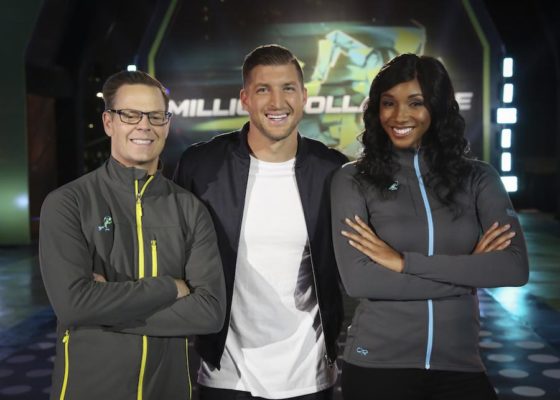 Is Million Dollar Mile ending? CBS is moving the freshman TV series to Saturday nights beginning this May.

Hosted by Tim Tebow, the obstacle course competition show follows contestants as they make their way through the “Million Dollar Mile” and their biggest obstacle, an international team of top-ranked athletes which has but one mission — to stop the contestants from finishing the race and winning the prize.

Million Dollar Mile could be in some trouble. Only two episodes in and CBS has already decided to push the show to Saturday nights, a lackluster night for primetime. So far, the show’s ratings haven’t been promising. Currently, Million Dollar Mile is averaging a .85 rating in the 18-49 demo and only 3.575 million viewers.

The show will be moving to Saturday nights beginning May 4th at 8 p.m. ET/PT.

What do you think? Have you seen Million Dollar Mile? Do you want a second season?

I enjoyed this show very much and I hope they renew it. More advertisement would help as well.

The show was great! Lack of promotion is the problem as always! I had absolutely no idea the show existed. The only reason it got recorded was because I have Hunter McINTYRE as a keyword to auto-record. I hope they give this show a reboot! Place it in a good timeslot with promotion behind it!

Too bad. They didn’t promote it. We didn’t even know it was on, then they moved it to Saturday. We didn’t know that the switched the schedule either. Please return the show

I agree with other comments about advertising the program. I didn’t hear about it until my nephew sent me a text saying I should compete on the program. I watched the first episode on the Internet and enjoyed watching. I hope it continues, and so do many of my friends who just heard about it, too.