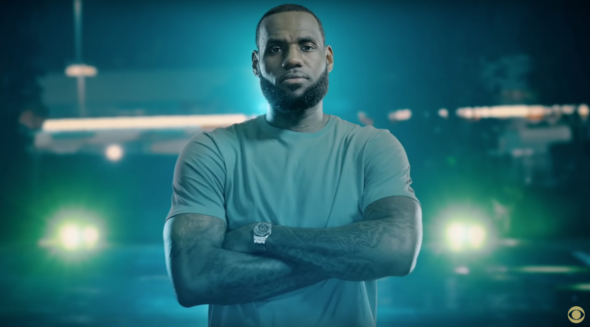 Do you have what it takes? CBS just released a new preview for their upcoming TV show from LeBron James, Million Dollar Mile.

The competition series follows a group of contestants as they “run the most challenging course ever designed against a group of elite athletes whose mission is to stop the contestants from winning the money.”

Tim Tebow hosts MILLION DOLLAR MILE, the new 10-episode high-stakes physical competition series premieres Wednesday, March 27 (9:00-10:00 PM, ET/PT) on the CBS Television Network. In the new event series, contestants have the chance to win $1,000,000 as they run the most challenging course ever designed against a group of elite athletes whose mission is to stop the contestants from winning the money. Matt “Money” Smith and Maria Taylor serve as commentators. Allison Grodner and Rich Meehan with Fly on the Wall Entertainment, LeBron James, Maverick Carter, Jamal Henderson and Philip Byron with SpringHill Entertainment, Lee Metzger and Warner Horizon Unscripted & Alternative Television executive produce.”

What do you think? Are you a fan of obstacle course series? Will you watch Million Dollar Mile?

This show is amazing. I love watching it and love learning about the competitors and defenders and seeing how their abilities stack up against each other. It’s not a sob story parade like American Ninja Warrior, but has just enough background on some of the runners to get you interested in rooting for them. It’s super suspenseful and exciting to watch, very positive, and has a good emphasis on the athletes and their abilities. It would be a real bummer if it gets cancelled- I certainly hope that it’s around for future seasons!