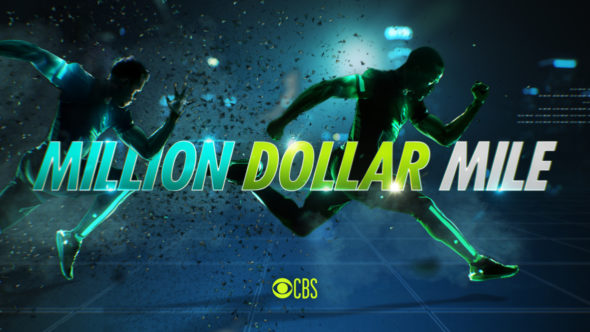 Is the first season of the Million Dollar Mile TV show on CBS worth the price of admission? As we all know, the Nielsen ratings typically play a big role in determining whether a TV show like Million Dollar Mile is cancelled or renewed for season two. Unfortunately, most of us do not live in Nielsen households. Because many viewers feel frustration when their viewing habits and opinions aren’t considered, we’d like to offer you the chance to rate all of the Million Dollar Mile season one episodes here. *Status update below.

A CBS high-stakes obstacle course reality series, Million Dollar Mile is hosted by NFL vet Tim Tebow, with Los Angeles Chargers play-by-play announcer Matt “Money” Smith and ESPN reporter Maria Taylor serving up color commentary. Each time the contestants run the “Million Dollar Mile,” they have a chance to win $1,000,000. Their biggest obstacle is “The Defenders,” an international team of top-ranked athletes which has but one mission — to stop the contestants from finishing the race and winning the prize.

What do you think? Which season one episodes of the Million Dollar Mile TV series do you rate as wonderful, terrible, or somewhere between? Should CBS cancel or renew Million Dollar Mile for a second season? Don’t forget to vote, and share your thoughts, below.

*4/5/19 update: After two low-rated episodes, this series was pulled from its Wednesday night timeslot and will air on Saturday nights starting May 4, 2019. It’s essentially been cancelled.

I think Million Dollar Mile should very well get renewed for a second season since it is doing pretty well in the ratings, according to my predictions.