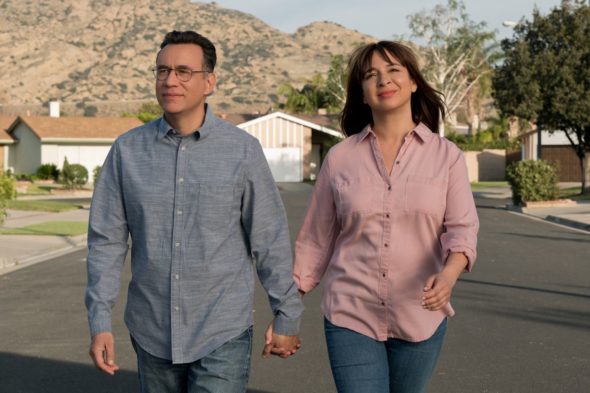 Nothing lasts forever and, in the case of TV series, most don’t even make it to a second season. Today, it was revealed that Amazon had cancelled the Forever TV show after one season of eight episodes.

A surreal dark comedy, Forever stars Maya Rudolph, Fred Armisen, Catherine Keener, Noah Robbins, Kym Whitley, Sharon Omi, Julia Ormond, Obba Babatundé, Peter Weller, Charles Emmett, and Cooper J. Friedman. The story follows June (Rudolph) and Oscar (Armisen), a couple who have been married for 12 years. When the sameness of their lives gets to June, she suggests they take a ski trip, which changes everything and lands them in completely unfamiliar territory.

Amazon gave Forever a straight-to-series order in September 2017. The first (and only) season was released in September of 2018 and received a 94% approval rating on Rotten Tomatoes.

It’s unclear why Amazon decided not to order a second season of the series but the streaming service rarely releases any viewership data unless a series has performed much better than expected. Amazon has been quiet about this show since it debuted.

What do you think? Did you watch the Forever TV show? Would you have watched a second season? Should it have been cancelled?

Loved this first season so much and started to look for season 2 premier dates. Super bummed to see it was cancelled. Really hoping another, maybe smaller streaming platform makes it accessible for those supporting the show.

Had ups and downs, even a bit irritating sometimes, but for sure it made all of us reframe our afterlife horizons…

I was soooo hoping to find season 2, only to find out it was cancelled. That is a big bummer and a mistake on the part of Amazon…. But with today’s social unrest I can see possably why with outside pressure they cancelled it… still a bummer!