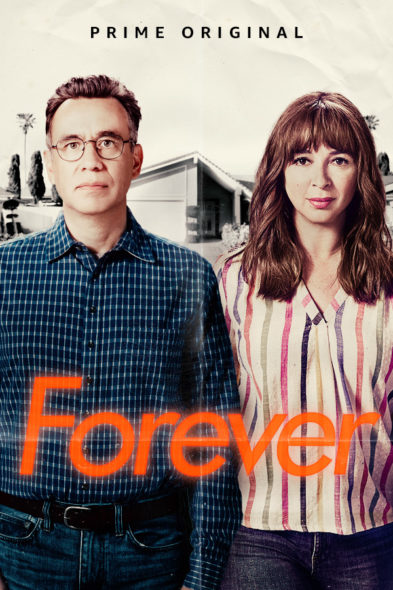 How are things working out for June and Oscar during the first season of the Forever TV show on Amazon? As we all know, the Nielsen ratings typically play a big role in determining whether a TV like Forever is cancelled or renewed for season two. Amazon and other streaming platforms, however, collect their own data. If you’ve been watching this TV series, we’d love to know how you feel about the Forever season one episodes. We invite you to rate them for us here. *Status update below.

What do you think? Which season one episodes of the Forever TV series do you rate as wonderful, terrible, or somewhere between? Should Amazon cancel or renew Forever for a second season? Don’t forget to vote, and share your thoughts, below.

*7/27/19 update: Amazon has cancelled the Forever TV show after one season.

This show is hilarious! I’m so disappointed that it only has 1 season and they’re not going to renew it. Please reconsider

I have been waiting and waiting for a second season. This show was wonderful! I even had dreams of the show and setting after finishing Season 1. Please renew it for a second! Don’t leave your viewers with a cliff hanger. I was very disappointed reading that it was cancelled and I’m sure other people weren’t too pleased either because it really was that interesting! Plus Maya Rudolph never gets the lead role in anything. It was nice to see her as a major instead of a minor character for once!
-Your Dedicated Fan and Viewer

I love it and wanted to see the next “land” they come to.

PLEASE. I NEED A SEASON 2. I have never watched anything so funny, deep emotional. One more season. The acting was superb.