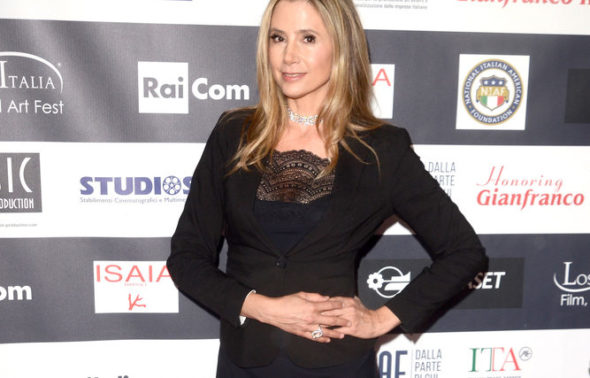 Modern Family has Mira Sorvino set to appear on a new episode of the series set for later this month. Sorvino has most recently appeared on Lady Dynamite, A Christmas to Remember, and Falling Skies on the small screen.

Entertainment Weekly revealed the following about Sorvino’s role on the ABC series:

“Sorvino will play Nicole Rosemary Page, who is the New Age-y founder of lifestyle brand named Nerp, which just be might be a riff on Gwyneth Paltrow’s lifestyle brand Goop. Nicole crosses paths with Haley (Sarah Hyland), who has designs on working at Nerp as a style editor.”

Are you a fan of Mira Sorvino? Will you watch her on Modern Family? Tell us what you think.