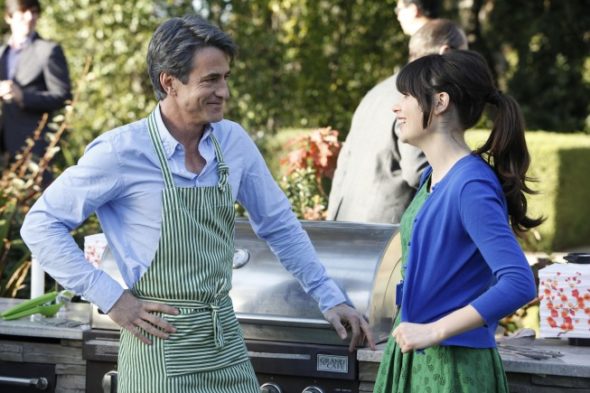 Are Jess and Russell getting back together? TVLine reports Dermot Mulroney will return for the FOX series’ seventh and final season.

According to TVLine, Mulroney will reprise the role of Russell for New Girl‘s final season. But fans don’t need to worry. He and Jess are not getting back together. In fact, the new season will jump ahead four years, with Jess and Nick (Johnson) in a committed relationship.

Season seven of New Girl is slated to debut on FOX in early 2018.

What do you think? Are you a New Girl fan? How do you want the show to end?