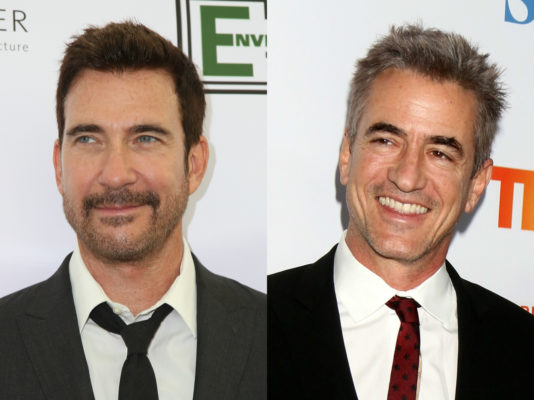 From executive producers Will Ferrell and Adam McKay, the comedy “is an ensemble workplace comedy about an airline crew and the eccentric passengers who, every weekend, take the roundtrip flight from Burbank to Las Vegas with one goal in mind: to come back a winner.” The cast includes Ed Weeks, Dylan McDermott, Kim Matula, Nathan Lee Graham, Olivia Macklin, and Peter Stormare.

On LA to Vegas, Mulroney will appear opposite McDermott as “a rival pilot named Captain Steve … who has a magnetic, rock-star charm.” The FOX comedy began production this week; a premiere date has not yet been announced.

What do you think? Have you confused Dylan McDermott and Dermot Mulroney before? Will you watch LA to Vegas?

I have watched season one and loved it. There aren’t enough comedies since everyone is doing drama, police of some kind, hospitals etc. The channels are flooded with these of various types but still the same. It’s nice to watch a good comedy with actors I like

This sounds like a winner!! I will definitely check it out.