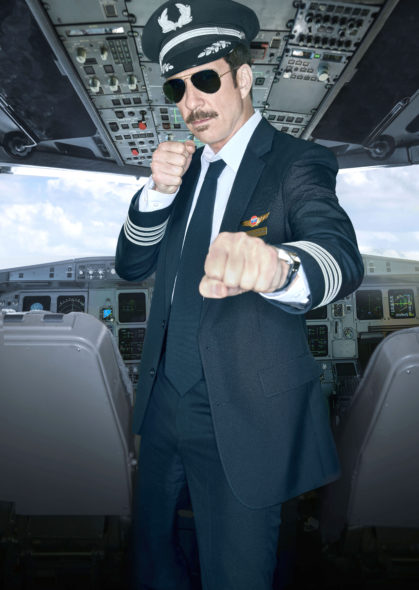 Is everyone a winner? Has the LA to Vegas TV show been cancelled or renewed for a second season on FOX? The television vulture is watching for the latest cancellation and renewal news, so this page is the place to track the status of LA to Vegas, season two. Bookmark it, or subscribe for the latest updates. Remember, the television vulture is watching your shows. Are you?

The first season of LA to Vegas averaged a 0.73 rating in the 18-49 demographic and 2.32 million viewers. Find out how LA to Vegas stacks up against the other FOX TV shows.

Will FOX cancel or renew LA to Vegas for season two? While the ratings could be better, I suspect that this odd comedy will be back for 2018-19. I’ll update this page with breaking developments. Subscribe for free alerts on LA to Vegas cancellation or renewal news.

5/21/18 update: FOX has cancelled LA to Vegas so there won’t be a second season. Details here.

What do you think? Were you hoping that LA to Vegas TV show would be renewed for season two? Are you sorry that FOX cancelled this TV series, instead?

Game of Games is great. Suggestion: The spinning chairs opponents should alternate chairs after each spin. The left chair has an advantage because they stagger toward the object and the right chair opponent staggers away from the object. Great and crazy game for sure.

Bummer. I thought it was hilarious but recognized from the beginning that it had limited possibilities. I’d still like to see it revived. There’s still some good stories to be told. Just watch the news and spin any one of the numerous airline:passenger stories.

BAD decision to cancel. This was a funny, quirky show with a strong cast who had great chemistry together. Sometimes you just need to sit down and laugh when you watch TV, not get continually hit with reality and political innuendo. We NEED shows like LA to VEGAS!!!

Please renew L.A. To Vegas. We love it.

Better than the critics are giving it credit for. If you are sensitive to and aware of the unique dynamics of the world in the sky that is commercial airlines, even if you only fly once or twice a year, you will be not only amused but impressed with how the writer’s of this witty sitcom exploit the vast range of idiosyncrasies. Likeable characters, good plots, endless strings of witty quips and one-liners. Well-written and well-acted. I always get lots of chuckles and even a couple of belly laughs from this show. I’ve seen far worse get another season, so… Read more »

I think the three main chrachters: ronnie, captain Dave and Bernard have great chemistry. It’s a fun, witty show. It’s fun. All of the charachters care about one another. It’s not a mean show. I really hope they don’t cancel it!! Please don’t.

My Mom and I absolutely adore this show and look forward to watching it each week. I personally havn’t laughed this hard from a tv show since the 1st season of The Big Bang Theory. Fox, please renew this for a season 2.