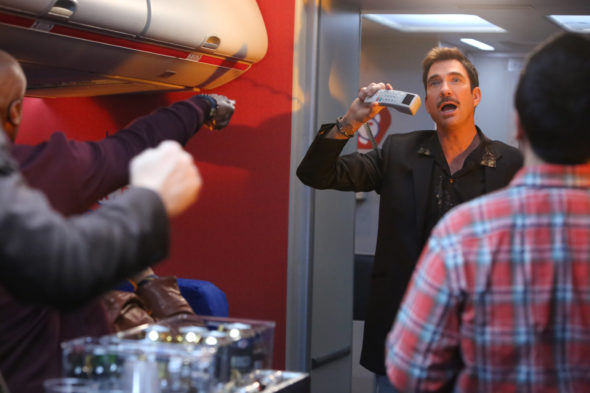 It looks like low ratings have permanently grounded the LA to Vegas TV show in cancellation land. Despite the fact that space had reportedly been reserved for season two production, FOX has cancelled their Tuesday night comedy series.

The first season of LA to Vegas averaged a disappointing 0.73 rating in the 18-49 demographic and just 2.32 million viewers. It typically hovered around 15th place among the 20 scripted FOX TV shows we’re tracking for the 2017-18 season.

Word was that FOX had been hoping that executive producer Will Ferrell would make a guest shot in the second season opener to help attract some interest. Apparently, Ferrell agreed to appear but couldn’t commit to the season opener. That may or may not have played into the cancellation decision. It surely didn’t help that, because FOX has Thursday Night Football next season, the network has fewer timeslots than usual open.

The defacto series finale of LA to Vegas aired on May 1st. Check out our list of more than 100 other shows that that won’t be returning next season.

What do you think? How did you like the first season of the LA to Vegas TV series? Did you think it would be renewed for season two?

Well, I guess history does repeat itself! After HBO canceled two shows I loved I vowed never to watch it again and 13 years later, I haven’t (including Game of Thrones)! So guess what Fox, canceling LA to Vegas, I’m not watching you! I loved it, bring it back!