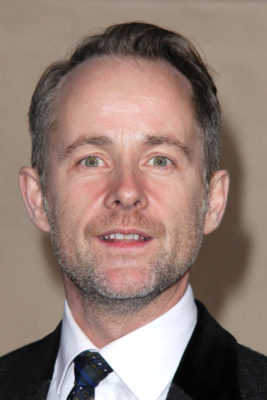 Billy Boyd is headed to Starz. EW reports the Lord of the Rings star and more have joined season four of Outlander.

On Outlander, Boyd will be playing “Gerald Forbes, a wealthy lawyer in Cross Creek who is friends with his prominent client, Jocasta Cameron (Maria Doyle Kennedy).” He is joined by fellow new cast members Caitlin O’Ryan, Natalie Simpson, Tim Downie, and Simona Brown.

Season four of Outlander is set to debut on Starz in November.

What do you think? Do you watch Outlander? Are you looking forward to season four?

Totally love “Outlander”. Everything about this TV series based on the amazing books by Diane Gabaldon, is so well done, the accents, the costumes, the scenery. Thrilled it’s been renewed for Season 4, can’t wait to get Season 3 DVD.
Thank you STARZ, even though we get it on another station in Canada, I love the show.

STARZ is the best!! I got hooked on Black Sails and then Outlander* My favorite show on the tellie. Long live STARZ, Diana Gabaldon and OUTLANDER!!!!!

Billy is probably hoping he gets some love scenes with Catriona, and not with Black Jack Randall. He would have him yelling I want to go back to the Shire in a hurry. Jamie hasn’t been continent since, just falls out of his kilt.

Time to cancel this stupid show.

Totally obsessed with all things Outlander. TV series, Books, Audio Books…
and even have a t-shirt to prove it!

Love, love , love the books, the series not so much. Season one was great, but season 3 veered away from the books too much. Very distracting.