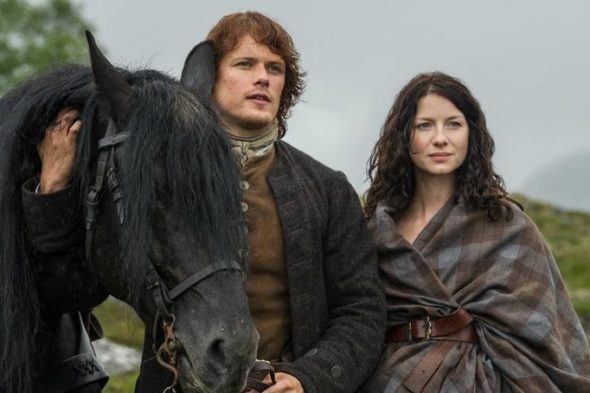 Fans can rest assured their beloved Claire and Jamie will be back facing new challenges, adversaries and adventures in seasons five and six as we delve into American history and continue the story of the Frasers as they settle in the New World.”

We couldna wait to tell you any longer. #Outlander will return to #STARZ for Season 4 this November AND for Seasons 5 and 6! https://t.co/GEqYWkh3e3 pic.twitter.com/U0ojNQrkcb

Enjoy watching Outlander, looking forward to season 6 and perhaps more after that.

Outlander is the BEST show on TV. The books are incredible and the show follows them very closely. I have saved every season on my DVR! I hope that Starz continues the seasons through the last book, although there is a book 9 due out. Love, love, love this show! Jamie and Clare are the best love story ever written.

Outlander is the best show I’ve seen in a long time! I hope the seasons continue through the last book and the actors are willing to stay on that long. Thank goodness Starz did this series.

Sorry, but the first seasons of Outlander were great but it has now got a bit boring. Still love Jamie though.

They REALLY have to NOT wait so long between seasons!!! Almost a Year? That is ridiculous!

If you love Outlander, you must appreciate that outstanding production like they have takes time. To rush production just to get something on screen quicker would definitely be to the show’s detriment and as much as we all wish the gap from one season to the next was shorter, no one wants the quality to go down.

Glad to hear they have renewed for season 5 &6. I love the books and the show.
Caitronia and Sam are perfect as Clare and Jamie. November can’t come soon enough.

I love Outlander, and I’m ga-ga about Jamie. What I wouldn’t give to find his shoes under my bed!! Oooooohhhhhhhh!!

Can’t wait for November to roll around