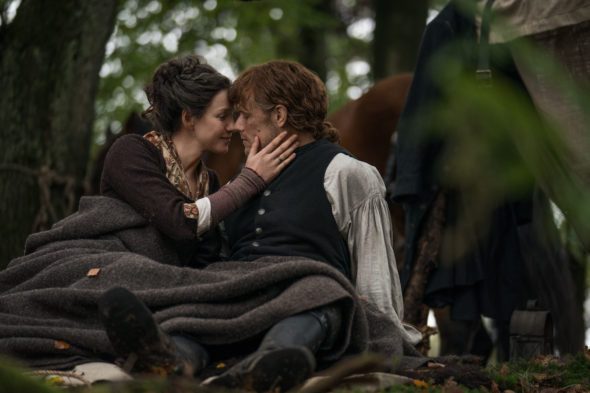 “Promise me you’re coming back.” Starz just released the official trailer for season five of Outlander.

Season five of Outlander premieres on Starz on February 16th.

Take a sneak peek and read a synopsis via Deadline below:

The upcoming 12-episode season finds the Frasers fighting for their family and the home they have forged on Fraser’s Ridge as the American Revolution draws nearer. Jamie must find a way to defend all that he has created in America and to protect those who look to him for leadership and protection – while hiding his personal relationship with Murtagh Fitzgibbons (Duncan Lacroix), the man whom Governor William Tryon (Tim Downey) has ordered him to hunt down and kill. With her family together at last, Claire Fraser must use her modern medical knowledge and foresight to prevent them from being ripped apart once again. However, while focusing on protecting others, she risks losing sight of what it means to protect herself.