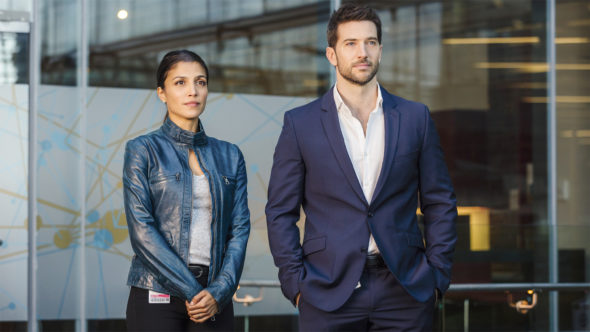 Ransom is back! Recently, Global TV announced the TV series’ second season will debut in April.

The drama follows Eric Beaumont (Luke Roberts), an experienced crisis and hostage negotiator who is brought in to save lives when no one else can. The cast also includes Brandon Jay McLaren, Nazneen Contractor, and Sarah Greene.

It’s unclear when season two of Ransom will debut on CBS in the U.S., but it premieres on Global Television in Canada on April 7th at 8 p.m. ET/PT.

Executive produced by Emmy® and Golden Globe® winner Frank Spotnitz, Ransom follows crisis and hostage negotiator Eric Beaumont, whose team is brought in to save lives when no one else can. Beaumont understands criminals better than many authorities and uses his insight into human behavior to resolve the most difficult kidnap and ransom cases. Despite the stakes, Eric refuses to resort to violence, even when confronted by some of the world’s most dangerous criminals. While Eric’s considerable powers of manipulation make him the best at what he does professionally, they often complicate his relationships with family, friends and colleagues.”

What do you think? Have you seen Ransom? Will you watch season two?

Will Ransom be back for season 3

I love the TV show Ransom…is this the last season

I loved this show. Glad it’s back for season 2. Season 2 starts on April 7th at my local station. Yippee!

Cant wit for season 2 to start I know it will be great the cast is wonderful. CBS should pick it up.

Love this show can’t wait for season 2 to start I know it will be great.