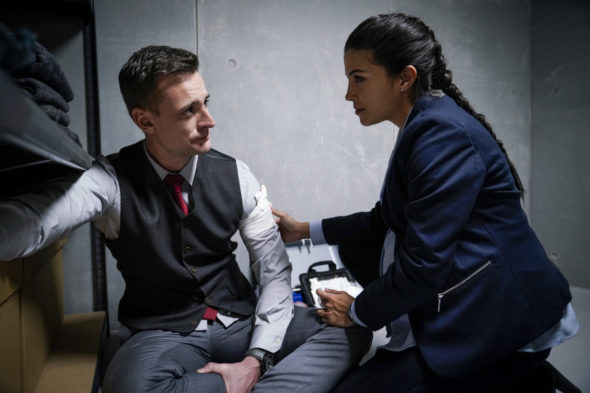 Are Eric Beaumont and the team still in top form during the second season of the Ransom TV show on CBS? As we all know, the Nielsen ratings typically play a big role in determining whether a TV show like Ransom is cancelled or renewed for season three. Unfortunately, most of us do not live in Nielsen households. Because many viewers feel frustration when their viewing habits and opinions aren’t considered, we’d like to offer you the chance to rate all of the Ransom season two episodes here.

What do you think? Which season two episodes of the Ransom TV series do you rate as wonderful, terrible, or somewhere between? Should CBS cancel or renew Ransom for a third season? Don’t forget to vote, and share your thoughts, below.

I really liked this show. I’m sad about Sarah Greene leaving the show because I really liked her character. I don’t think I will watch the next season.

I absolutely love this show. I hope there is a season 3. I don’t always get to watch it when it comes on, but I watch it online. Please bring it back. It’s one of my favorite shows

Why would you cancel Ransom for season 3? The cast is amazing and we enjoy watching Ransom. It is different and entertaining. Please consider bring it back.

Please renew Ransom for Season 3!!! It’s one of the best shows on TV &has such an amazing cast!

This is one of the best shows on TV
I believe. Please don’t cancel. It is not vulgar like s lot of shows .no sex and no bad language

I really like ransom. I enjoy watching it on Saturday nights. Please don’t cancel this show!