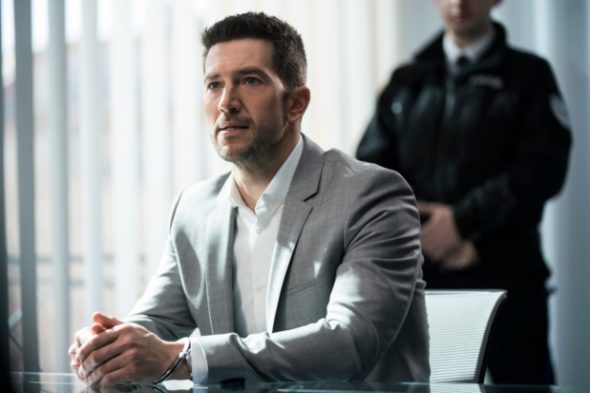 Ransom is wrapping up. It was just announced the CBS TV show has been cancelled after three seasons.

The drama series, which airs on Global in Canada, centers on crisis and hostage negotiator Eric Beaumont (Roberts). He and his team save lives which often seem beyond saving, in part, because Eric understands criminals better than they understand themselves. The cast also includes Karen LeBlanc, Brandon Jay McLaren, and Nazneen Contractor.

On Ransom‘s official Twitter, it was announced the series will not return for a fourth season. Season three of the CBS series averaged a .26 rating in the 18-49 demo and 2.343 million viewers.

See reactions to the cancellation from the stars and creators below:

#Ransom fans: We’re joyful & lucky to have shared these past three seasons with you. Unfortunately, we have to bid the CriRes team farewell. We loved telling stories about strong, smart characters resolving conflicts with words instead of violence. Thank you for watching.

Thank you so much #Ransom fans. It was truly a pleasure for us. We will miss you. https://t.co/w4zjrNRHRT

Cast/crew/character/location dreams are made of. Thank you @RansomSeries @RansomCBS & the entire #CriRes team for the privilege of playing Kate! https://t.co/5JfhWKqixR

Thanks for all the ❤️ and see you all soon! https://t.co/jldDqRkIno

What do you think? Are you a fan of Ransom? Are you sad to see the series go?

I can’t believe they cancelled Ransom. I LOVED that show. Was so looking forward to the next season!

It sucks that Ransom isn’t coming back, all the great shows always get cancelled

Enjoyed Ransom very much, the show & the actors were very good. Sad to see the show was cancelled. I was really looking forward to watching it again. Thanks for a great show with talented actors.

I really wish they would consider bring back Ransom for a season 4, I really liked this series! Please reconsider!!

AWW!!! Everytime I find a show I like they cancel it and keep boring shows that been on for years or stupid reality shows. This is like the 8th show in 2 years or less. Truly with social media and internet it’s nothing but reality drama 27/7. Think I’m gonna take another long break with TV until they can get some taste and go back to just reading books again. Goodbye expensive worthless DTV, Hello Amazon books.

Please do not cancel Ransom. It is intelligent and thought provoking.