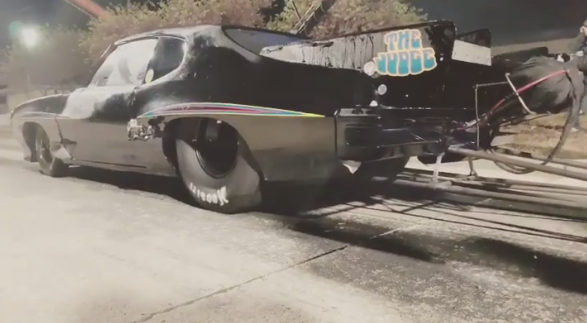 Discovery Channel revealed more about the premieres in a press release.

“We’re leaving 2021 in the dust and kicking things into high gear in the New Year with three back-to-back STREET OUTLAWS premieres. The best names in the racing biz are back and bigger than ever, with plenty of surprises, shocking twists and turns, and a whole lot of heart, grit, grease, and good times. From camaraderie and conflict with the OKC crew, to JJ Da Boss leading the charge to see who will be named the Fastest in America, and the return of two familiar Street Outlaw names who are taking their crazy antics and whacky builds to new levels, it all starts on the streets this January.

This season on STREET OUTLAWS: OKC, the 405 is back together, one year after Chief threw out the Top Ten List to launch America’s List. After a disappointing showing in that race, the gang begins another all-out qualifier for the next season of America’s list. Past performances, good or bad, don’t matter – it’s a fresh start for all. With new beginnings, Chief believes the best way to get back to the heart of the 405 is to revive the camaraderie and teamwork mentality that was once their staple. This season, everyone will pool their knowledge and efforts to not only better themselves, but each other. But it won’t be easy as Chief throws some surprise out of town races at them. And one of the crew faces one of the most devastating crashes in Outlaws history.

In the world of Street Outlaws, Farmtruck and AZN are synonymous with crazy antics and wacky builds. They’re the dynamic duo that earned their names on the street by racing a farm truck – the ultimate sleeper – and now they’re taking over their own show! After opening their own top-secret garage with one of the best teams around to build some of the craziest, wildest, fastest builds yet, they only have one goal in mind: prove you can’t judge a car by its appearance. From a farm boat and an air cannon on wheels, to a prison bus turned dragster and nearly everything in between, viewers are along for the ride as these builds go from concept to construct to racetrack and beyond. No idea is too crazy, and as the pros like to say, it’s no big deal – just add wheels!

JJ Da Boss and the MSO are ready for another epic street race, this time with a lineup of eight elite teams from across the U.S. In an all-new season of STREET OUTLAWS: FASTEST IN AMERICA, the winner of the bracket battle will take home a record-breaking purse of over $100K, and better yet, the bragging rights to the title of Fastest in America. And this time JJ and his team will race from the start – not just in the finals. With racers like Kye Kelley, Lizzy Musi and Jerry Bird from team NOLA; Birdman, Mike Murillo and Brody Melton from team Texas, Brian ‘Chucky’ Davis from Detroit; Chris Rankin from the Northeast; Brandon James and Jermaine Boddie from team Cali; and so many more, this season is sure to be the fastest, fiercest, and highest stakes yet.”

What do you think? Are you excited about the upcoming premieres of the three Street Outlaws coming to Discovery?

It’s not the fastest in America without OKC

Is Street Outlaws OKC only gonna race their teammates this season. Why is OKC not racing in Fastest in America

Is big chief back? He’s a good communicator

Can hardly wait until these races air. Absolutely love JJ and the girls, Nola and everyone who races to entertain us!!!

Love the up coming shows hope I can pickup all the different channels they’re on. Jj and the girls racing from the start is the way it should have been with the other $100.000 race he had. He was in the finals and didn’t have to race to get there seemed to be a little unfair to the other team. Thanks

I’m really looking forward to this start of America’s list and fastest in America has two of my favorite shows and Farmtruck and Asian are very cool man! They always make me laugh! My birthday is January 12th so it looks like I get a birthday present this year!

Pretty pissed off that some of the new shows won’t be on discovery+ it looks like according to this article make me want to cancel the subscription all together!!!!!

i dont know… last season, No Prep Kings was on disc. with my cable sub. but were unable to watch it on disc. plus, if we missed it. i dont like the no prep series as there’s nothing “street” or “outlaw” about it, but my husband does and he’d be so pissed that i could always binge on previously aired disc. shows we love, (Deadliest Catch, Whitewater Gold Rush, Moonshiners) but they wouldnt show the no prep king series.
anybody know whats up with that?

Direct has it on Discover on Monday & Tuesday nights this season

I live in the Netherlands, we also have discovery does they also gonna show street outlaws?

All this is great to here

Stay with street racing and forget track racing. Can’t wait for JJ the boss to take down all challenges…the boss rules.