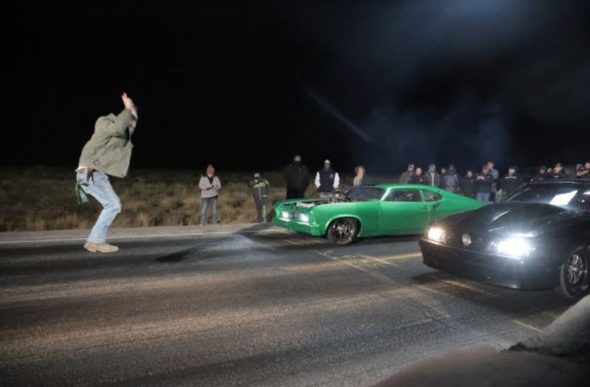 Street Outlaws: Memphis is returning to Discovery Channel and the discovery+ streaming service with its fifth season later this month. The auto series is headed to Las Vegas for high-stakes street racing with the MSO.

Discovery Channel revealed more about the upcoming season in a press release.

“When it comes to high-stakes street racing, nobody does it better than Memphis. Over the past few years, the MSO have been dominant in the streets, both in Memphis and on FASTEST IN AMERICA. They’re willing to take on anyone, any time, and almost always come out on top. But what happens when they leave their own turf in Memphis and head to Las Vegas to race the best of the West Coast on one of the trickiest streets in the country? In an all new season of STREET OUTLAWS: MEMPHIS, JJ pushes his family like never before to prove they’re the best racers in the game.

STREET OUTLAWS: MEMPHIS premieres Monday, July 19 at 8pm ET/PT on Discovery. In addition to watching Street Outlaws: Memphis on Discovery and discovery+, viewers can join the conversation on social media by using #StreetOutlaws and following @StreetOutlaws on Facebook, Twitter, and Instagram.

While the MSO has raced this road before, they’ve always struggled to fine tune their races to get down the street. Now, they’ll have to figure it out before the West Coast drivers take their money. JJ invites the top West Coast racers out to challenge the MSO — including the infamous Boddie and a new, fast-talking Cali driver who seems to have it out for JJ and the family – -and with the West Coast’s unique style of driving, Memphis will need to work together to get the wins they need to make the Vegas trip worth the risk.

Audiences will see some familiar and returning faces in the streets alongside the MSO, including Big Chief, Jackie and Boddie who come out for the race, making these Vegas streets a super-star event. Also this season, Axman and his wife join team Memphis for the season, alongside the rest of the MSO crew including Precious, Tricia and Dennis Bailey.

With big-time money, a new street, new drivers and a risky bet that may push the family beyond its limits, JJ Da Boss and his MSO crew must rely on their tried and true grass-roots street racing skills to come out ahead and prove they’ve learned to dominate out of their comfort zone far and away from home.”

What do you think? Do you plan to watch season five of Street Outlaws: Memphis on Discovery Channel later this month?

MSO and the 405 are our favsLove this show can’t wait for the 19!Love seeing the girls kicking butt ! When I was younger I used to drag my husband and my sons ! Great times were had by all!Families that Drag together stay together

Love JJ 405, especially Ryan all of them. If not for JJ the show would not be as entertaining.

If this show is not resigned I’m done watching this channel. If not for the outlaw racing the teams this would be a boring station. Love the whole bunch. My favorite are JJ DA BOSS and Trish and Ax-man.