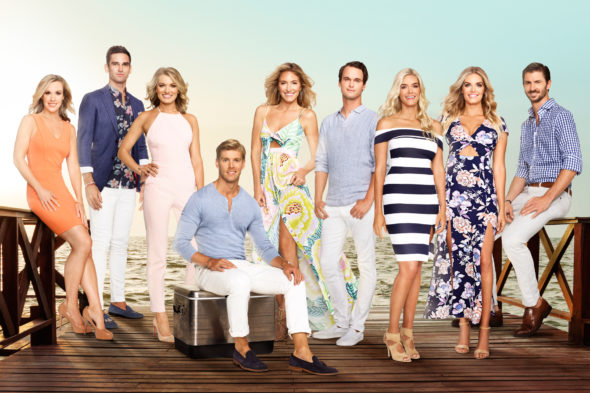 It may be nearing winter, but it’s summer time on Bravo. Recently, the network announced season two of Summer House will premiere in January.

The reality show follows a group of affluent New Yorkers as they spend their summer days in the beach town of Montauk. Season two debuts on January 22nd at 10 p.m. ET/PT.

Watch a sneak preview and read more info from Bravo below:

NEW YORK – November 29, 2017 – Bravo Media heads back to the Hamptons, the ultimate respite from the daily grind of New York City, for season two of “Summer House,” premiering on Monday, January 22 at 10pm ET/PT. The original crew of Kyle Cooke, Lauren Wirkus, Carl Radke, Lindsay Hubbard, and Stephen McGee all return for a summer filled with lavish parties, love triangles, and rosé all day, and are joined by new housemates Amanda Batula, Danielle Olivera and Amit Neuman, with visits from Wirkus’ twin , Ashley. For a sneak peek, please visit: http://www.bravotv.com/summer-house/season-2/videos/on-season-2-of-summer-house

This season on “Summer House,” Kyle, officially in a relationship with Amanda, breaks the golden rule of the house: no couples allowed! Meanwhile, after 28 inseparable years, the Wirkus twins are facing their first summer apart. Lauren has moved on from her fling with Carl, but there’s still some sexual tension complicating matters, and Ashley is adjusting to her new life in California while dealing with a serious case of FOMO. Single again, Carl finds himself in a tricky situation when he invites his ex, Danielle, to join him and his friends for the summer. Newly single Lindsay is working 24/7 for her business, so weekends are about letting loose in a big way. Stephen hopes to find love this summer, but first he must confront his conservative family about his sexuality. New houseguest Amanda is excited to spend the summer with Kyle, but after all of his shenanigans last year, she wonders if the life of the party can be responsible enough to maintain a committed relationship. Danielle is shaking things up this summer by leaving her usual share house – but sharing space with her ex, Carl and Lauren, could prove to be awkward. And newcomer Amit is just looking to have a good time after making major life changes.

Amanda is a hardworking, career-driven senior graphic designer and art director who loves the Hamptons for relaxing and having good times with friends. After a year of dealing with Kyle’s shenanigans, they’ve officially reached relationship status and have decided to spend the summer together. Although Kyle has come a long way, it can be argued he hasn’t come far enough, and Amanda wants proof he can prioritize what’s really important. Meanwhile, she has grown close with Kyle’s friends but still wants to find her own voice and identity within the group.

Amit is the new guy in the house this summer and is friends with Carl, with whom he shared a house at Coachella. He recently quit a job in corporate insurance, traveled the world, and then moved back home to New York City. Amit is an entrepreneur with a few start-ups in the works. After taking the time for reflection and self-discovery, he is a single, and is just looking to have a good time this summer. The question is . . . with whom?

Danielle has been spending summers out east for a long time, but now this fun-loving Puerto Rican girl from Hoboken is turning things upside down. She’s leaving her usual shared house and accepting Kyle’s invitation to join him and his friends. Danielle is a flirty, self-proclaimed “guy’s girl” who is always ready to party. However, she’s very cautious about the girls she lets into her inner circle. She and Carl have a romantic past that has the potential to flare up, which could be unsettling for some of the houseguests.

What do you think? Have you seen Summer House? Will you watch season two?