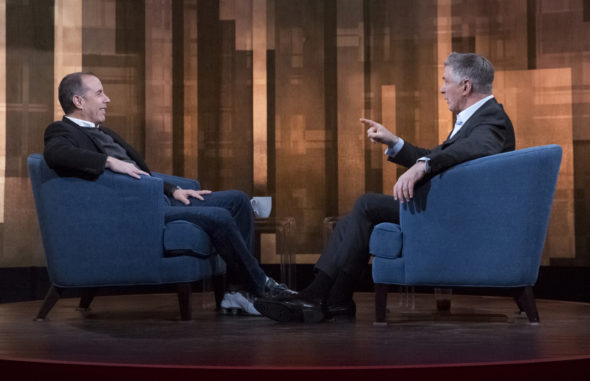 Will The Alec Baldwin Show soon be gone for good? ABC just announced the low-rated TV show has been postponed and moved to a different night.

While it’s unclear if ABC is cancelling The Alec Baldwin Show, the series won’t return until Saturday, December 8th at 10 p.m. ET/PT. So far, the freshman series is averaging a very low 0.31 rating in the 18-49 demo and 1.749 million viewers. With numbers like those, a cancellation after one season seems certain.

What do you think? Have you seen The Alec Baldwin Show? Do you think it should be cancelled?

I very much enjoyed this show! Hope it’s not cancelled!

Pls do not cancel. I really like this show but have lost track of it. Give it a time slot and a chance