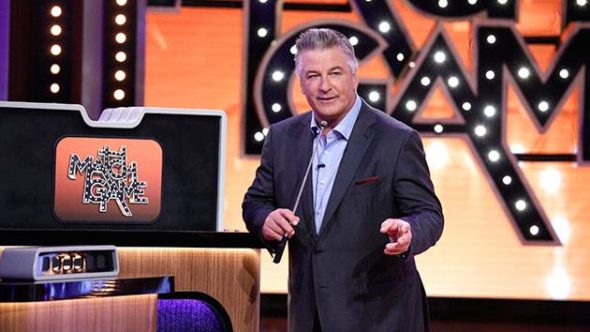 The fate of the Match Game revival is still up in the air but the alphabet network is staying in business with its host, Alec Baldwin. ABC has announced that they’ve ordered a new talk show called Sundays with Alec Baldwin.

The first episode of Sundays will air following the Academy Awards telecast this Sunday, March 4th. The remaining eight installments of the first season will air sometime later this year.

The network announced a development deal with Baldwin in August 2017. ABC later ordered a sitcom with Baldwin set to star in it. He later dropped out of the series, they rescinded the series order, and the show is being redeveloped.

ABC TO BROADCAST A SPECIAL SNEAK PEEK OF ‘SUNDAYS WITH ALEC BALDWIN,’ FOLLOWING THE 90TH OSCARS(R) ON SUNDAY, MARCH 4

“I’m excited about this show and grateful to ABC for taking a chance on me in what is, admittedly, a crowded field,” said Baldwin. “I’ve enjoyed doing my podcast for WNYC and look forward to the challenge of doing a show on camera.”

“Alec’s intellect, wit and wealth of life experience afford him a voice and perspective we haven’t seen before in this format,” said Channing Dungey, president, ABC Entertainment. “When we shot the pilot, we knew immediately we had something special that we couldn’t wait to share. We are excited to be working on a series that showcases Alec as one of today’s most compelling conversationalists and highlights the type of intimate discussions that he has captured on his podcast for years.”

This first look features two intimate and engaging conversations with award-winning comedic icons. First, a candid and entertaining discussion with long-time friend Jerry Seinfeld on the state of comedy in the current social and political climate, and his life before and after “Seinfeld.” Next up is Kate McKinnon, someone Baldwin says is one of the most talented people with whom he has ever worked. They discuss “Saturday Night Live,” her early childhood performances that borrowed from scandalous headlines and the cast of characters that have made her a household name.

Baldwin hosts and executive produces “Match Game,” now in season three on The ABC Television Network. Additionally, Baldwin’s company, El Dorado Pictures, has a two-year first-look deal with ABC Studios. Since 1980, Baldwin has appeared in numerous productions on stage, in films and on television. He has received a Tony(R) nomination (“A Streetcar Named Desire,” 1992), an Oscar nomination (“The Cooler,” 2004), and has won three Emmy Awards, three Golden Globes and seven consecutive Screen Actors Guild Awards as Best Actor in a Comedy Series for his role on NBC’s “30 Rock.” In 2017, Baldwin won his third Emmy for Outstanding Actor in a Comedy Series for “Saturday Night Live” and was nominated for Outstanding Host for ABC’s “Match Game.” His films include “The Hunt for Red October,” “Glengarry Glen Ross,” “Malice,” “The Edge,” “It’s Complicated,” “Blue Jasmine,” “Still Alice” and “Mission Impossible: Rogue Nation,” among many others. Baldwin’s latest book “You Can’t Spell America Without Me” was published in November 2017.

About ABC Entertainment
ABC Entertainment airs compelling programming across all day parts, with new shows including fall’s No. 1 new drama, “The Good Doctor”; as well as “Kevin (Probably) Saves the World” and “The Mayor”; and current hits such as groundbreaking dramas “Designated Survivor,” “Quantico,” “Scandal” “How to Get Away with Murder,” “Grey’s Anatomy,” “Marvel’s Agents of S.H.I.E.L.D.” and “Once Upon a Time.” The ABC Television Network is also home to the Emmy(R) Award-winning “Modern Family” and trailblazing comedy favorites “black-ish,” “American Housewife,” “Fresh Off the Boat,” “The Goldbergs,” “The Middle” and “Speechless”; hit game shows “$100,000 Pyramid,” “Celebrity Family Feud,” “Match Game” and “To Tell the Truth”; reality phenomenon “Shark Tank,” iconic “The Bachelor” franchise, long-running hits “Dancing with the Stars” and “America’s Funniest Home Videos,” and the return of “American Idol”; “General Hospital,” which has aired for over 50 years on the network, along with daytime talk show “The Chew”; and late-night talk show “Jimmy Kimmel Live!” The network also boasts some of television’s most prestigious awards shows, including “The Oscars,” “The CMA Awards” and “The American Music Awards.”

What do you think? Do you plan to tune in to watch the Sundays with Alec Baldwin TV show on ABC?

Yes, I definely will b watch . Alex is a GREAT actor…….love his Trump impersonating ………

Another show not to watch from ABC. They make it so easy.

I’ll be watching. Love most everything Alex is in.