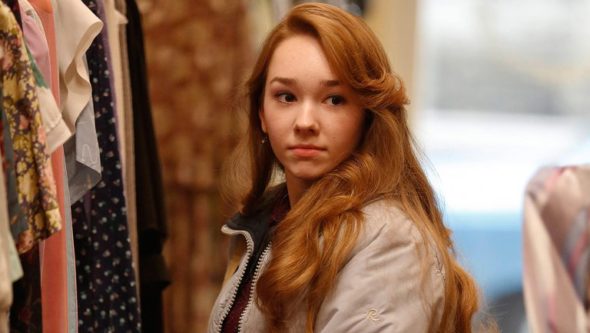 The Americans just wrapped its sixth and final season, but is that it? Recently, showrunners Joel Weisberg and Joel Fields discussed the possibility of a spin-off for the FX TV show, Variety reports.

Set during the Cold War, the spy drama centers on Soviet secret agents Elizabeth (Keri Russell) and Philip Jennings (Matthew Rhys), who entered into their KGB-arranged marriage for the sake of the job, but somewhere along the way, fell in love. The cast also includes Holly Taylor, Keidrich Sellati, Noah Emmerich, Lev Gorn, Costa Ronin, and Brandon J. Dirden.

During a recent screening of The Americans‘ series finale, the question of spin-offs came up. One idea is to follow Paige (Taylor), the daughter of Elizabetha nd Philip, after the events of the finale. However, showrunner Joel Fields says they aren’t interested in continuing the FX series:

I think the story’s told — I think we finished it. We’ll let tonight bring the curtain down.”

What do you think? Are you a fan of The Americans? Would you watch a spin-off series?

Binge watched the series after the season six finale had long aired…loved it. Would definitely watch a spin off – if it could be pulled off!! Especially keeping some, if not all key actors.

Please have a Stan Beeman spinoff!

Please do a spin off series. Way to many unanswered questions.

Dear writers and producers um we are literally banging our forks and knives on the table yelling for more, and how can you not give it to us especially when so many questions are left unanswered, such as what happened to Phillips other son who grew up in Russia. So much potential for a spinoff… it can go on for years and chronicle time from KGB to the fall to now! Hello

Hell yeah they should do a spin-off. It was the best show ever and Page and her brother can keep the story going

Yes, Yes, Yes, Yes any of so many possibilities, please make it happen, was best show on tv, after homeland went WACO!

I find it unfair not to give a worthy end to the sons of the Jennings.
Ok, p & e are back “at home”, but two important characters for all 6 seasons remained hanging.
In my opinion, they would be perfect for a continuation of the series and perhaps a reunion with their parents.
Then if the reasons for the stop are political then it is another matter

Seriously, you can’t end this story with Paige sliding into a bottle of Russian vodka in an abandoned safe house! She may have been lying her way through life since she was 16, having no friends, but still the pain and confusion on that poor girl’s face has moved me like no other character in that series. Now if you aren’t going to give us more, then why stick us with that loose end? Hmmmm…….there’s nothing for Paige in Russia, which she has no memory of……she has nothing at all accept the life of intrigue and lies she has launched… Read more »

That song in the final episode was horrible! Ruined the whole show. I had to turn the sound off. Guy’s voice was like ball bearings in a cheese grater. Ugh.

I don’t think I have ever seen a better ending to a series. Very impressed. That scene in the garage when Stan confronts the three is something I will never forget. Kudos. Of course many questions remain re Paige waiting for a Russian handler as that is what I came away with. Great show and I will miss it.

The end seemed hollow. After this intriguing story the last chapter felt slapped together. Paige needs a story to at least complete her story and what about Henry!! His story ends on the bleachers of a hockey rink!?! Still too much to tell.

Oh Gorby me – yes, would watch a spin off! Perhaps even from the point of view of big tall handsome man Russian spy who seems to have THE worst luck,(Oleg) last seen sitting on floor in his bare cell.
Also, Henry and Paige epilogue along w/ the two stellar FBI agents, Stan Beeman and his former contemporary and now boss (Aderholt). Great series, loved it although last season w/ Katherine, the Killing Machine it got a tad ‘Fargoey”. : )

No offense to Holly Taylor but…she was THE weakest link. Unless you count Pastor Tim. No way she could carry a show. I liked the ending even though it did leave some threads in the air. Did Oleg get home? You’d think Gorby would have helped him.Poor Stan! He could easily do a background on Renee but…you get the feeling he didn’t want to. A sequel down the road covering post Yeltsin US-Russian relations would be nice.

No I don’t think I would watch a spinoff. The characters of Elizabeth and Phillip are so integral to the series and, although I like Paige, she doesn’t have the same appeal for me as Elizabeth and Phillip do. Loved this series; sad to see it end but the producers are right – they have wrapped it up. I will miss it!!

Please do a spin-off. I can’t bear to have it end.

A burning question still remains: Was Renee a Russian spy?