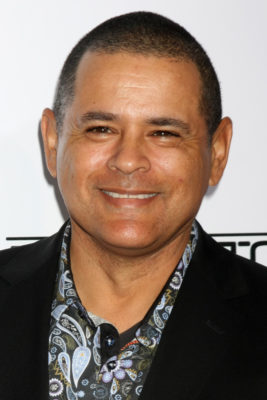 Big news for Get Shorty fans. Today, EPIX announced Raymond Cruz will recur on season two, which premieres this August.

On Get Shorty, Cruz will be playing “Swayze, the brutal and murderous leader of a Latino prison gang who styles himself after Patrick Swayze, with long, flowing locks of hair and 80s-inspired dance moves.”

NEW YORK – May 31, 2018 – Premium pay television network EPIX(R) announced that the second season of its critically-acclaimed original series from MGM Television, Get Shorty, will debut on Sunday, August 12 at 9 PM ET/PT. The dark comedy, based in part on the 1990’s bestselling Elmore Leonard novel of the same name and created for television by Davey Holmes (Shameless, In Treatment), is currently in production in Los Angeles.

In season two of Get Shorty, Miles Daly (Chris O’Dowd) struggles to reconcile his ambitions as a filmmaker and a family man with his skill set as a career criminal. His progress in Hollywood is jeopardized when the washed-up producer (Ray Romano), with whom he partnered in season one, agrees to wear a Federal wire. Miles faces off with criminal financiers and with a Hollywood power-broker who could be the most dangerous of all.

The second season of Get Shorty is executive produced by Holmes, Adam Arkin (The Americans, Sneaky Pete) and Etan Frankel. The series is produced by MGM Television and internationally distributed by MGM.”

Raymond Cruz first… another James Duff show next. Come on Michael Wright…what the heck is taking so long. (Hint: we wouldn’t gripe if you renewed Major Crimes either. Just saying!)