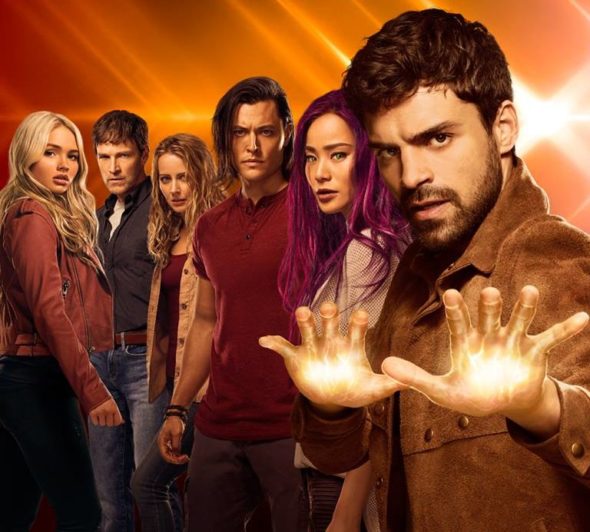 Do the mutants of The Gifted have enough power to attract viewers to watch the second season of the FOX series? As we all know, the Nielsen ratings typically play a big role in determining whether a TV show like The Gifted is cancelled or renewed for season three. Unfortunately, most of us do not live in Nielsen households. Because many viewers feel frustrated that their viewing habits and opinions aren’t considered, we’d like to offer you the chance to rate all the season two episodes of The Gifted here. **Status update below.

A sci-fi superhero drama, The Gifted stars Stephen Moyer, Amy Acker, Sean Teale, Jamie Chung, Coby Bell, Emma Dumont, Blair Redford, Natalie Alyn Lind, Percy Hynes White, Skyler Samuels, and Grace Byers. Based on a Marvel Comics alternate timeline, the show follows two ordinary parents with mutant children who go on the run from the government and join an underground community of mutants. In season two, several mutants have left the group to join the Inner Circle and the two groups conflict due to having very extreme and different ideologies.

What do you think? Which season two episodes of The Gifted TV series do you rate as wonderful, terrible, or somewhere between? Should FOX have cancelled or renewed The Gifted for a third season? Don’t forget to vote, and share your thoughts, below.

dont cancel the show..its not finished yet

Please renew for a third season this show is so addicting

Love the show! Has a plot interesting characters and best of all no singing dancing or “celebrities” I’ve never heard of talking crap about each other in a house I no real person can afford to live in! Renew please!!

please don’t cancel this show! I love I!

please dont cancel The Gifted! I love this show!

Love it! Can’t get enough of it.

Just started watching didn’t know about it till 3 episodes ago but I’m hooked!!

This show needs to stay. Its the best Marvel show on TV and I would hate to lose it.

Please don’t cancel the show I love it.