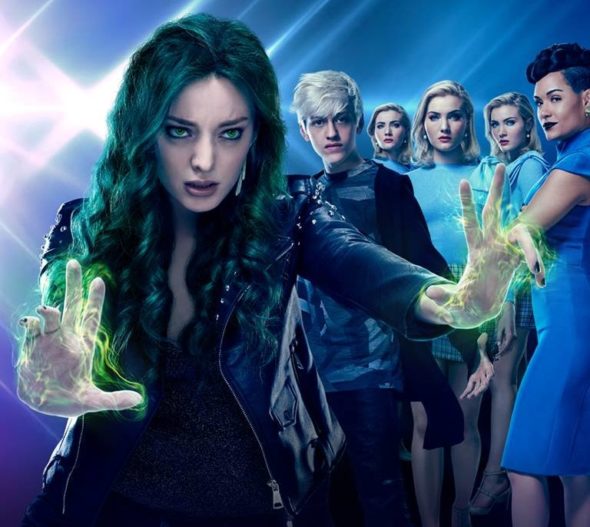 Which group of mutants will prevail? Has The Gifted TV show been cancelled or renewed for a third season on FOX? The television vulture is watching for the latest cancellation and renewal news, so this page is the place to track the status of The Gifted, season three. Bookmark it, or subscribe for the latest updates. Remember, the television vulture is watching your shows. Are you?

Airing on the FOX television network, The Gifted stars Stephen Moyer, Amy Acker, Sean Teale, Jamie Chung, Coby Bell, Emma Dumont, Blair Redford, Natalie Alyn Lind, Percy Hynes White, Skyler Samuels, and Grace Byers. Based on a Marvel Comics alternate timeline, the show follows two ordinary parents with mutant children who go on the run from the government and join an underground community of mutants. In season two, several mutants have left the group to join the Inner Circle and the two groups conflict due to having very extreme and different ideologies.

The second season of The Gifted on FOX averaged a 0.59 rating in the 18-49 demographic and 1.95 million viewers. Compared to season one, that’s down by 41% and 41%, respectively. Find out how The Gifted stacks up against the other FOX TV shows.

Will FOX cancel or renew The Gifted for season three? The ratings dropped quite low so I can’t see this series being renewed. I’ll update this page with breaking developments. Subscribe for free cancellation and renewal alerts for The Gifted.

4/18/2019 Status Update: The Gifted TV show has been cancelled by FOX. Details here.

What do you think? Did you hope The Gifted TV show would be renewed for a third season? How do you feel now that FOX has cancelled this TV series, instead?

I was hooked from beginning to the end! You have to bring this back! It is too good of a season finale to cancel. We want more!!! The pandemic had me binge watch this !!!! It’s too good of a story line to end like this.

I enjoyed the show, from the first episode down to the last. Was sad that reed got killed off, i thought his character had potential. Therefore it has to be a season 3 when i saw clarice jump through that portal, i was like damn girl where you come from.

Don’t make a series’s with out a good ending or at least an ending at all. I was glad to see port hole girl to show back up but for what reason if there is no third season.

I really enjoyed this show. I hope that there will be a season 3