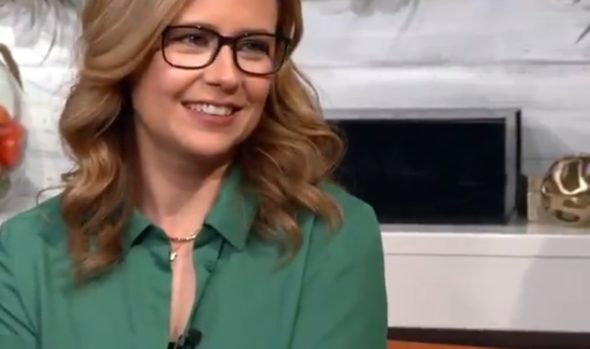 There is a chance The Office is coming back. Two members of the cast, Jenna Fischer and Angela Kinsey, spoke about the possibility of the series returning with a reunion movie.

The actresses appeared together on AM2DM for Buzzfeed last week, and they teased that there is “actually a really good idea going around” for a reunion movie of The Office, but they would not say more about a possible return for the NBC series.

Both actresses did speak more about where they saw their characters in 2019. Pam is running an Etsy shop, and she is still married to Jim. As for Kinsey, she teased that her character is still likely married to Dwight, and the pair have a bunch of kids.

The Office aired nine seasons on NBC. The last season wrapped in 2013 with an average of four million viewers.

What do you think? Do you want to see an update to The Office? Will you watch a reunion movie?

Only if they can convince Steve Carrell to return. Otherwise, like the final 2 seasons, it will be LAME.

I loved THE OFFICE ! Bring it back!! There isn’t ANY comedy’s that are funny on TV now!! I sure Miss THE OFFICE!!!