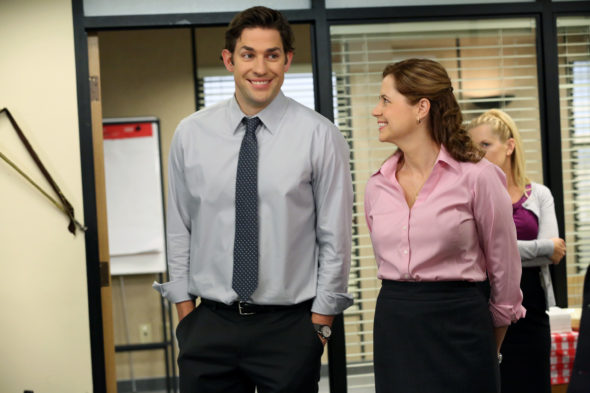 Will there be a reboot of The Office? According to The Hollywood Reporter, John Krasinski is not aware of an NBC series revival.

Earlier, we reported NBC was interested in rebooting The Office. However, during a recent appearance on The Ellen DeGeneres Show, Krasinski revealed he hasn’t heard anything about a revival:

I did hear that on the internet. Guess who didn’t get a call? Me.”

When DeGeneres asked Krasinski if he would join a reboot, the answer was “yes”:

Are you kidding? I’d love to get that gang back together.”

What do you think? Are you a fan of The Office? Would you watch a reboot?

The Office with the same cast (including Steve Carrell) and the same writers would be the best thing ever could happen in television.