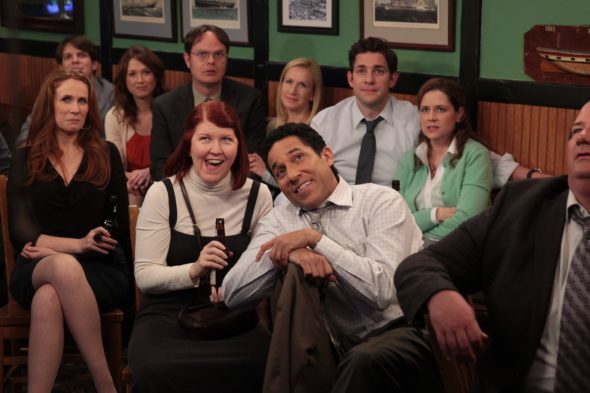 The Office will land on Peacock early next year, and it is possible that fans of the series could see a reunion or special of some sort. Details have not been ironed out yet but the streaming service is looking for a big way to launch the beloved NBC comedy on Peacock.

Per Deadline, Bill McGoldrick, President of Original Content, NBCUniversal Entertainment Networks and Direct-to-Consumer, said the following about plans to make a splash with the Peacock premiere:

“Lots of those ideas have been bandied about with people internally and with Greg Daniels and people associated with the show. As you can imagine, there are lots of creative ideas, we haven’t landed at any one right now.”

While a series reboot or revival of The Office has been discussed in the past, a project like that wouldn’t be part of the streaming service’s launch plans.

Most recently, members of the cast of The Office took part in a virtual reunion in an episode of Some Good News, Krasinski’s YoutTube series.

What do you think? Will you watch The Office on Peacock? Do you want a reboot or a reunion of the original cast?

Would rather have that Community movie which they have been mentioning since 2012.