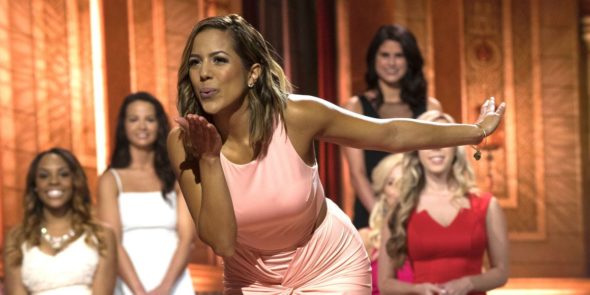 It looks like ABC is turning down The Proposal. TVLine reports the network has cancelled the reality TV show after only one season.

Hosted by Jesse Palmer, the series follows matchmakers as they select contestants, who then progress through “pageant-style” elimination rounds. When only two remain, the mystery suitor is revealed in order to make a romantic proposal.

It’s not that surprising ABC decided to cancel The Proposal. The series debuted last summer and earned moderate ratings. Overall, The Proposal averaged a .64 rating in the 18-49 demo and 3.044 million viewers, making it one of ABC’s lower-rated freshman TV shows.

What do you think? Did you watch The Proposal? Would you have watched a second season?

Proposal should be given another chance
I like watching it

I watched all episodes of the proposal and my husband did also. We were looking forward to another season. I think it should be given another chance mainly because a lot of people didn’t even know it aired last season hence the rating. A preview should be shown so people know and can even schedule it on their DVD. Please bring proposal back