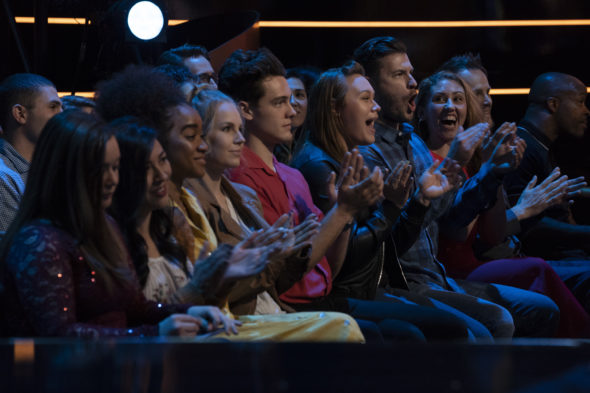 Are you saying, “Yes,” to the first season of The Proposal TV show on ABC? As we all know, the Nielsen ratings typically play a big role in determining whether a TV show like The Proposal is cancelled or renewed for season two. Unfortunately, most of us do not live in Nielsen households. Because many viewers feel frustration when their viewing habits and opinions aren’t considered, we’d like to offer you the chance to rate all of The Proposal season one episodes here. *Status update below.

An ABC dating reality TV series, The Proposal is hosted by Jesse Palmer, with Ellen K announcing. In each episode, matchmakers select contestants, who then progress through “pageant-style” elimination rounds. When only two remain, the mystery suitor is revealed, in order to make a romantic proposal.

What do you think? Which season one episodes of The Proposal TV series do you rate as wonderful, terrible, or somewhere between? Should ABC cancel or renew The Proposal for a second season? Don’t forget to vote, and share your thoughts, below.

*8/13/19 update: ABC has cancelled The Proposal TV show so there won’t be a second season.

Think the show is a little bit unbelievable that you can meet someone in an hour and get engaged to them. That’s ludicrous! It devalues building a relationship with someone before getting married. Also parading themselves about in their “best swim wear” seems like a beauty contest. It’s not all about the outward appearance of people that counts but what is the inward beauty of a person – their character and belief system that matters in life. This one should be cancelled!

Yes. I enjoy watching it. Please renew it. Thanks

I love all the love reality shows….until this one….I watched it to the end but will never watch again….I hated it….from the parading of bath suits to the promise of everlasting love after one hour on TV….was just stupid..and the asking of her father permission to marry a stranger …was just weird!!!…what about a remake of the old show—the dating game instead…

The show was excellent I loved it it had comedy the whole premise is is funny but yet everybody that’s looking for love some people are desperate and this is a way to find love especially a 20 and 29 year old woman that’s single that has tried the internet seen and the meet-and-greet I think this is fantastic this gives young women and men hope I mean being single is not any fun I’ve been single all my life and I’m a handsome 60 year old man former model clothing model this is about people finding a soulmate.. wanted… Read more »