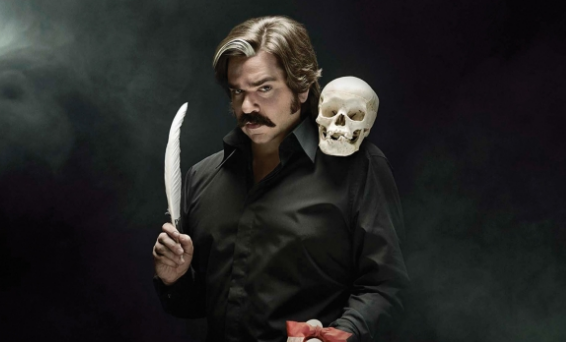 The Toast of London is coming to the U.S. Today, IFC announced they’ve acquired all three seasons of the UK TV show.

The comedy stars Matt Berry as “Steven Toast, an eccentric, middle-aged actor with a sketchy past who spends more time dealing with his problems off stage than performing on it.”

Toast of London will begin airing on IFC in 2019.

NEW YORK – September 12, 2018 – IFC announced today the acquisition of three seasons of the British comedy Toast of London to begin airing in 2019 from Objective Fiction and all3media international. Created by Arthur Mathews and Matt Berry, the BAFTA award winning comedy stars Berry as Steven Toast, an eccentric, middle-aged actor with a sketchy past who spends more time dealing with his problems off stage than performing on it. Three seasons have been broadcast on Channel 4 in the UK, all written by Mathews and Berry.

IFC’s SVP of Original Programming, Christine Lubrano said, “Matt Berry is absolutely the toast of IFC, he is already the star of Year of the Rabbit, our upcoming 2019 original production with Channel 4, so we are beyond thrilled to add even more of his comedic genius to our ‘slightly off’ line-up.”

The half-hour comedy, which is produced by Objective Fiction, part of all3media’s Objective Media Group, has completed three, six-episode seasons with guest stars including Jon Hamm, Morgana Robinson, Vic Reeves and Josh Homme. The show was commissioned by Channel 4 in the UK.”

What do you think? Are you a fan of British comedies? Will you watch Toast of London?

I just started watching “TOAST OF LONDON,” and it’s incredibly crazy FUNNY …..binge watching all three series on NETFLIX . Hopefully, series 4 will be out soon.