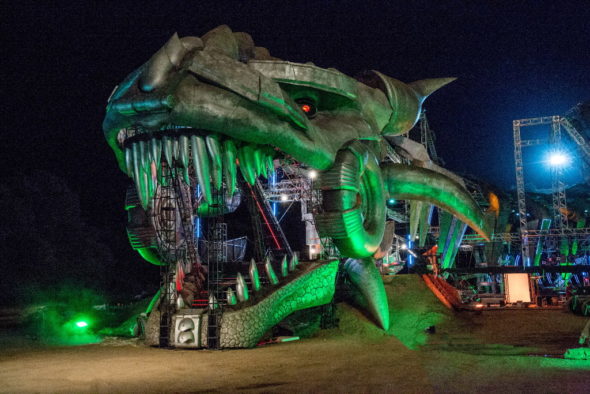 From Sylvester Stallone, the competition show follows contestants as they “take their shot at running one of the most physically demanding obstacle courses ever devised, “The Beast.”

Season three of Ultimate Beastmaster is slated to debut on Netflix later this year. Read more info below:

MEET THE NEW AND RETURNING HOSTS

For each localized version in the U.S., Italy, France, Brazil, South Korea, Mexico, as well as new U.K., Australia and Germany territories, local celebrity hosts and popular athletes will provide commentary throughout the competition. The hosts for each country include the following:

The third season of Ultimate Beastmaster Season is a nine-episode event series that features over 100 competitors from nine countries. Those countries include: U.S., U.K., Australia, Germany, Brazil, Italy, France, South Korea and Mexico.

Each episode, competitors will take their shot at running one of the most physically demanding obstacle courses ever devised, “The Beast.” At the end of each episode, a ‘Beastmaster’ will be crowned and in the final episode of the season, the nine individual winners from each episode will compete against each other for the chance for one contestant to become the Ultimate Beastmaster. Dave Broome, Sylvester Stallone, Yong Yam and Kevin-King-Templeton serve as executive producers on the series. Ultimate Beastmaster is produced by 25/7 Productions and Dave Broome for Netflix.

All nine episodes of the series will launch globally, exclusively on Netflix later in 2018.”

What do you think? Have you seen Ultimate Beastmaster? Will you watch season three?