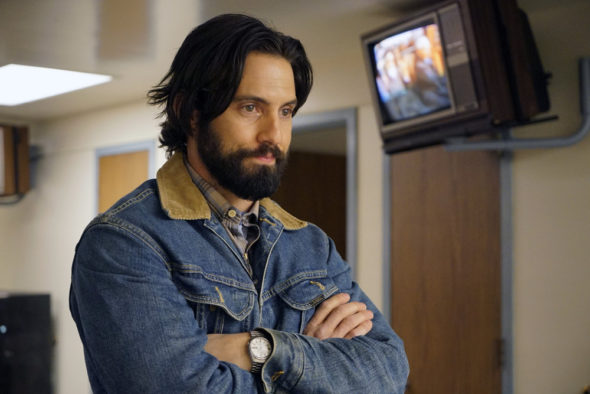 This is good news. On the heels of its series premiere last week, Variety reports NBC has picked up new series This Is Us for a full season.

NBC has ordered 18 episodes for season one of This Is Us.

It’s a rare moment in this business when a show so instantly delivers both critical acclaim and hit ratings, but ‘This Is Us’ is just such an extraordinary achievement. Creator Dan Fogelman, along with co-directors Glenn Ficarra and John Requa and the gifted producers, cast and crew, has delivered the kind of heart and depth that resonates with every segment of the audience, and we’re proud to extend its presence on our schedule.”

What do you think? Did you see the premiere of This Is Us? Will you watch the rest of season one?

LOVE – LOVE – LOVE, this show was recommended to me, I have since done the same and every single person who I tell LOVES the show as much as me, at the end of every show I say it again, this show is so damn good. Love the writing and the acting. Looking forward to many, many (many), more seasons.

Just watched the last episode of the season. (DVR) I TRULY love the show and I hope I get the chance to see many more seasons. PS: This is the first time I have given my opinion on any other show and I second all previous comments.

Love this show. It is wonderful!!!

LOVE LOVE LOVE This show!!! Look forward to watch every single week! Got coworkers into watching it and we are all hooked!!! Really do hope we get to enjoy a 2nd season plus more!!

Off the chart amazing!! I laugh, I cry and I look forward to each show. The writing and characters are amazing! Best show I have watched in a very long time. For the guy who is complaining about too many commercials, there is something called DVR

I was hooked from the first episode! Love Justin Hartley, and will miss him terribly on Y&R, I can’t imagine them finding a better Adam. But it’s good to see him flourish, he’s a wonderful actor.

Watched this show for Justin Hartley who was on my favorite soap. Soon loved this new show and all the actors. It’s different with a mix of humor and drama.
My new favorite show!!!

Currently best show on tv. Well-written, well-acted, and captivating. Please keep on the air for awhile.

What a fabulous show. Actors and story lines are fantastic. It’s about time that a wholesome TV program is being aired.

OH MY, THE GREATEST SHOW EVER! The Story, Writing, Actors, Acting, Costumes and the Set need I say more. Finally a show you can enjoy without muting or recording so you can fast forward so you don’t subject your family to the horror of violence or continued bad language. Discussed every week at the office. Simply the Best!

According to Deadline.com, a reason for the “full-season” order for full-season order for “This is Us” being at only 18 episodes is because its creator, Dan Fogelman, has designed it to have shorter, cable-style seasons. It was said that he was initially shooting for a 16-episode freshman season, with the number eventually adjusted to 18.

Second-shortest full-season order in U.S. broadcast TV history behind the 15 episodes for “How to Get Away with Murder” on ABC a couple years back? Apparently, “This is Us” will be one of those “short-seasons-only” series for the U.S. broadcast nets.

Brilliant decision. This show just got that successful air about it. Sensed it in the clips, and pilot was no joke. Believe NBC got an Emmy winner here if not for story/writing the perfect casting also. Bring it on for many seasons!!!!!

Great actor choices. I might’ve bn stoned when thot of that. Seems also that I’m watching 5 mins of show then 10 of commercials. C’mon guys. I know that’s how you get paid but….