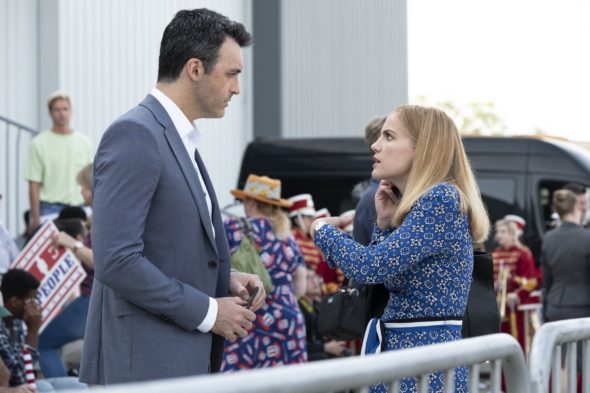 Has Selina reclaimed the Oval Office? Is the Veep TV show cancelled or renewed for an eighth season on HBO? The television vulture is watching all the latest cancellation and renewal news, so this page is the place to track the status of Veep season eight. Bookmark it, or subscribe for the latest updates. Remember, the television vulture is watching your shows. Are you?

Since the show is ending this year, we don’t have to wonder whether Veep will be cancelled or renewed for season eight. I just have to finalize my dinner menu. I’ll still keep an eye on the Nielsen ratings (which have received a boost, thanks to Game of Thrones) and update this page though, so subscribe for Veep TV series news.

What do you think? Is the Veep TV show ending its HBO run at the right time? If it were up to you, would Veep be cancelled or renewed for an eighth season?