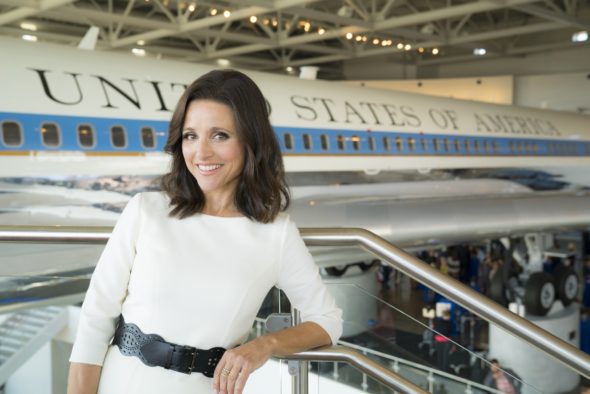 When is Veep returning? Entertainment Weekly reports Julia Louis-Dreyfus will begin filming the seventh and final season of the HBO series this summer.

As reported earlier, the next season of the political comedy will be the show’s last. Louis-Dreyfus was recently diagnosed with breast cancer and is currently in recovery.

Speaking to EW, Veep star Matt Walsh revealed Louis-Dreyfus has finished her last round of chemotherapy and, if all goes to plan, should be ready to start filming the show’s final season in August. That means season even won’t air on HBO until 2019:

Veep is on hiatus, we’ll start filming in August and it will air in 2019. We’ve known for about a month. We’ve seen [Julia], she’s done some table reads, she’s doing well, she’s finished her last chemo, she’s in recuperation. Her prospectives have remained excellent throughout. She’s very well loved; she’s a tremendous person.”

This past weekend, Louis-Dreyfus earned her ninth SAG Award, making her the winningest actor in the guild’s history:

.@SAGawards Wow wee. Thank you so much! https://t.co/ucmbMn0QAS

What do you think? Do you watch Veep? Are you excited to see the return of Selina Meyer?