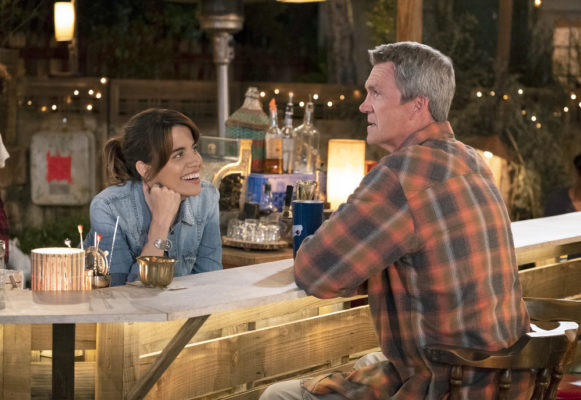 Is Abby’s the place where everybody knows your name? NBC just released a new trailer for their upcoming TV show.

So a bar comedy on NBC? Is Abby’s the new Cheers? The series’ executive producer, Josh Malmuth, was asked that question at this year’s winter TCA conference, Deadline reports. And his answer? Abby’s is better:

It’s a nice comparison, but I think our show is much better. Mike [Schur] and I think it will have much greater cultural impact.”

Of course, Malmuth was joking. But you can find out for yourself how Abby’s compares when the show debuts on NBC on March 28th at 9:30 p.m. ET/PT.

What do you think? Are you a fan of Cheers? Will you check out Abby’s?