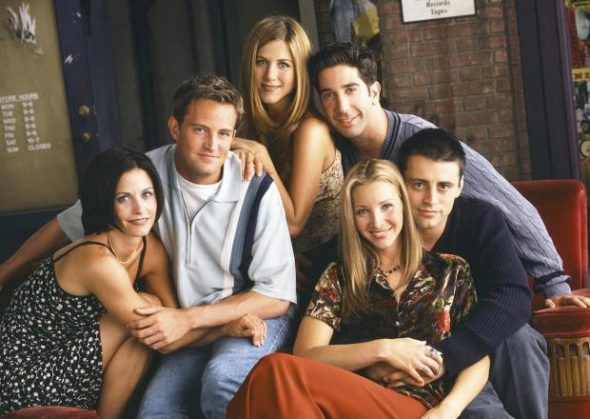 Get ready to see the Friends cast together again on-screen. HBO Max has managed to make a deal with the cast to reunite for an unscripted special that will help launch the series arrival on the new streaming platform, which will arrive later this year.

Jennifer Aniston, Courteney Cox, Lisa Kudrow, David Schwimmer, Matt LeBlanc and Matthew Perry have all signed on to do the special, which is rumored to be an hour-long event. Each of the cast members are being paid three to four million to appear on the special.

Deadline revealed that the special had been in the talking stages since last year, but there was a hold up. Deadline reported the following about the talks:

“After some early back-and-forth between the cast’s representatives, WBTV and HBO Max last fall, the negotiations came to a standstill at the end of 2019, with the actors and Warner Bros. TV far apart on money. The impasse lasted several weeks, prompting HBO Max’s Chief Creative Officer Kevin Reilly to be very cautious when asked about the status of the special on January 15 during TCA.”

What do you think? Are you excited to see the Friends back on-screen together? Do you wish it was for more than just a special?

This will be gold for HBO Max regardless what it is. Best case scenario IMO is just a reunion movie (not everything needs a sequel series/revival.) I personally just hope it isn’t something like Bh90210 where the actors play fictional versions of themselves, defeats the purpose IMO.