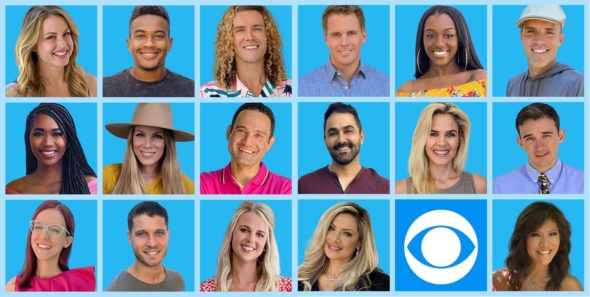 Who will come out on top in the 22nd season of the Big Brother TV show on CBS? As we all know, the Nielsen ratings typically play a big role in determining whether a TV show like Big Brother is cancelled or renewed for season 23. Unfortunately, most of us do not live in Nielsen households. Because many viewers feel frustration when their viewing habits and opinions aren’t considered, we invite you to rate all of the 22nd season episodes of Big Brother here. *Status Update Below.

A CBS competitive reality TV series, hosted by Julie Chen Moonves, Big Brother typically airs three nights a week — Wednesdays (veto), Thursdays (eviction), and Sundays. The 22nd season is the second all-star season in the show’s 20-year history. The returning players are Christmas Abbott, David Alexander, Nicole Anthony, Dani Briones, Cody Calafiore, Kevin “KC” Campbell, Tyler Crispen, Bayleigh Dayton, Nicole Franzel, Memphis Garrett, Enzo Palumbo, Janelle Pierzina, Kaysar Ridha, Da’Vonne Rogers, Keesha Smith, and Ian Terry. The all-stars have one thing in common – they all have something to prove. Big Brother follows a group of people living together in a house outfitted with 94 HD cameras and 113 microphones, recording their every move 24 hours a day. Each week someone is voted out of the house. The last remaining Houseguest wins the grand prize of $500,000.

What do you think? Which season 22 episodes of the Big Brother TV series do you rate as wonderful, terrible, or somewhere between? Do you think that Big Brother should be cancelled or renewed for a 23rd season on CBS? Don’t forget to vote, and share your thoughts, below.

Worst season ever. We’ve watched since season one. IF renewed we’ll give it one more chance. No more watching one group control the season. No more returnees.

It’s time to retire Janelle boring and fake. Mephis rude and racist. Time for fake julie chin to retired with her husband. Let Jeff host the and new players its getting boring. Started going down hill with frank. If they can’t win they are not all stars they are aholes. Player woth personalities like Enso can keep people interested because they are characters. Creeps like Michie cheat at that point I stopped watching and I haven’t done that before. Duck keep getting called back. He’s a pig. Stop treating ahold like u hey are celebrities. Derrick had class and wasn’t… Read more »

Nicole A, looked like she had a lump in here throat while she was talking with Julie on her exit. Pass the word and have her check it out.

please take this show off the air. america does not need to be dumbed down any further

Glad to see it back. HAPPY CAMPER! The start of another GREAT SEASON! I’ll be tuning in.

I CAN’T BELIEVE THIS IS STILL ON… COME ON CBS, HAVE SOME RESPECT FOR THE REST OF US.

I absolutely love the show please keep it going and interesting like you always do every season!!!!❤